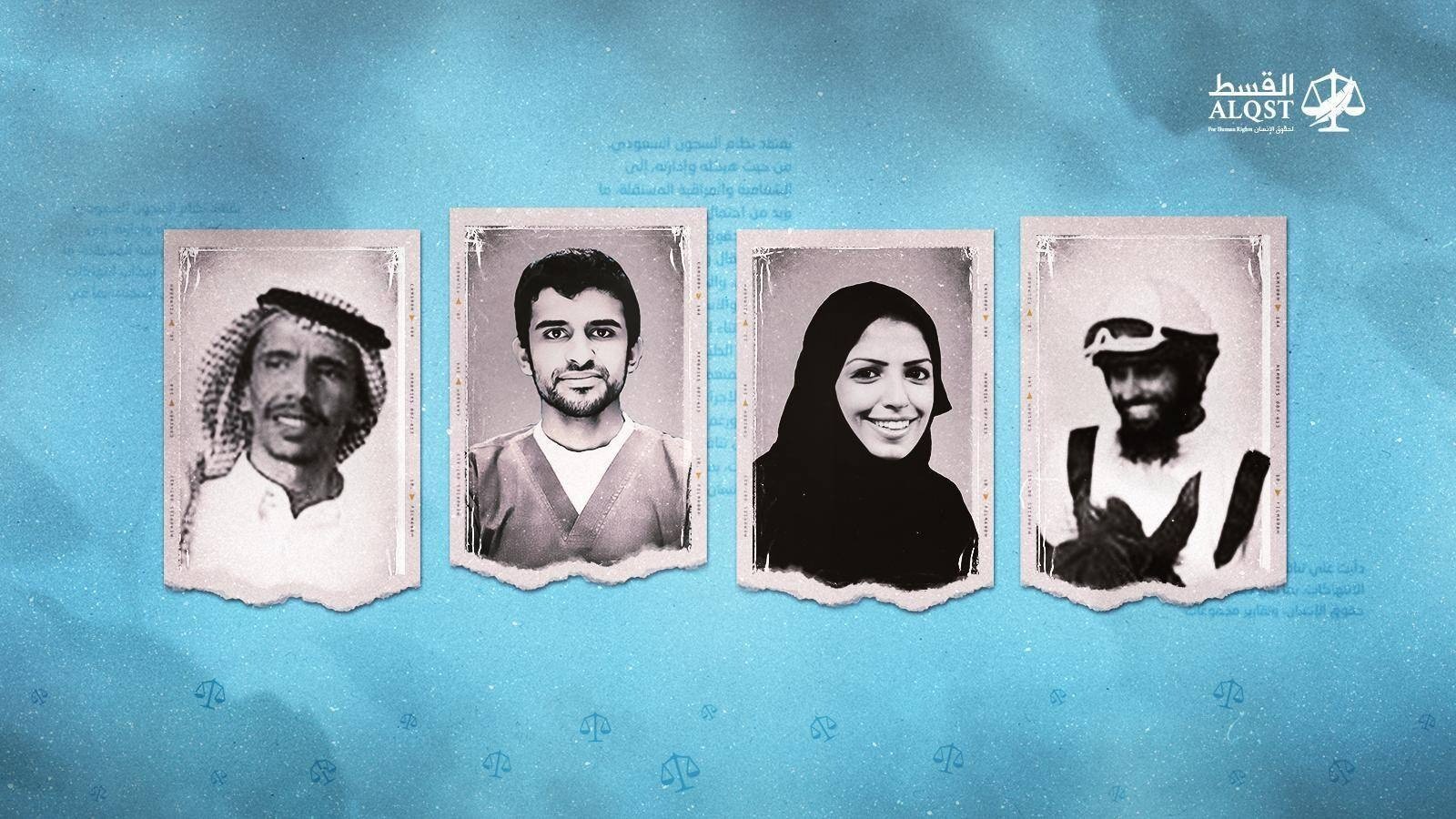 ALQST has been gravely concerned to see several lengthy prison sentences – of between 32 and 50 years – handed down recently to activists and individuals as punishment for social media activity calling for social and political reform and posts on Twitter championing freedom of speech and expression.

On 9 August 2022, activist and academic Salma al-Shehab was sentenced to 34 years in prison followed by a 34-year travel ban, filling other Saudi activists with a sense of foreboding. Soon afterwards it was learned that Nourah Saeed al-Qahtani had also received a 45-year jail sentence and 45-year travel ban for tweets she had posted on an anonymous Twitter account.

ALQST has since learned of a Specialised Criminal Court of Appeal ruling, also issued in August, sentencing Abdulilah al-Huwaiti to 50 years in prison and a 50-year travel ban for supporting his family’s refusal to be forcibly evicted from their homes to make way for the Neom project; his relative Abdullah Dukhail al-Huwaiti has also been given a 50-year prison sentence and 50-year travel ban. We have learned too of the sentencing of writer, translator and computer programmer Osama Khaled, detained since 2020, to a jail term of 32 years – increased on appeal from an initial five-year sentence – following allegations relating to the right of free speech.

Based on its observations, ALQST sees these recent rulings as signalling a new phase of flagrant human rights violations in Saudi Arabia, especially since the visit of US President Joe Biden in July. Previously there had been grave and wide-scale violations of human rights in the kingdom in the form of sweeping arrests of activists, writers, journalists and judges, and human rights groups had warned that the normalisation of diplomatic relations with Crown Prince Mohammed bin Salman would lead to a resumption of such violations – as has now proved the case with these recent court rulings.

There is nothing new about human rights violations in Saudi Arabia, but since Mohammed bin Salman’s rise to power in 2017 the scale of abuse has increased, and the human rights situation has sunk to its worst level in decades. In addition to wide-scale arrests and harsh jail sentences, victims are also placed under travel bans once their jail terms are completed, and their family members are routinely harassed. Sometimes prisoners have been killed, either deliberately or by being singled out for medical and administrative neglect.

The most egregious case was the murder of journalist Jamal Khashoggi in the Saudi consulate in Istanbul on 2 October 2018. The repercussions from this ended with Turkey finally abandoning attempts to pursue the case when the international community failed to sanction Mohammed bin Salman and others involved in the crime – even though the crown prince had given orders for the assassination – thus opening the way for harassment and violations to continue.

In Saudi prisons, too, there have been cases of torture, assassination and attempted assassination of prisoners detained for reasons relating to freedom of thought and expression. In April 2020, the veteran human rights defender and reformer Abdullah al-Hamid died as a result of deliberate medical neglect of his poor state of health. In October 2021, reformer Musa al-Qarni suffered a brutal assault by another prisoner and the prison authorities failed to intervene, leaving him to bleed to death without medical attention and then leaving his body in his cell for hours. Rights activist Khaled al-Omair also experienced an attempt on his life in prison in July 2021, along with various forms of harassment to which he and other prisoners of conscience, notably human rights defender and founding member of the Saudi Civil and Political Rights Association Mohammed al-Qahtani, are still being subjected.

These latest developments represent a sharp deterioration in the human rights situation following the normalisation of diplomatic relations with Mohammed bin Salman, and a return to the old pattern of targeting anyone expressing a desire for reform or criticising previous violations, regardless of whether they have any influence or social following.

This trend must be directly and urgently challenged, in order to halt it and stop the damage, by putting pressure on the Saudi authorities and drawing attention to their violations and abuses of peaceful activists and critics and those peacefully exercising their right of free speech.

ALQST therefore calls on the Saudi authorities to annul the sentences passed on these individuals  and release them immediately and unconditionally, and to promptly and unconditionally release all prisoners of conscience and human rights defenders. It also calls on the international community and human rights organisations to continue putting even greater pressure on the authorities to end their abuses and make respect for human rights an established principle in Saudi Arabia.