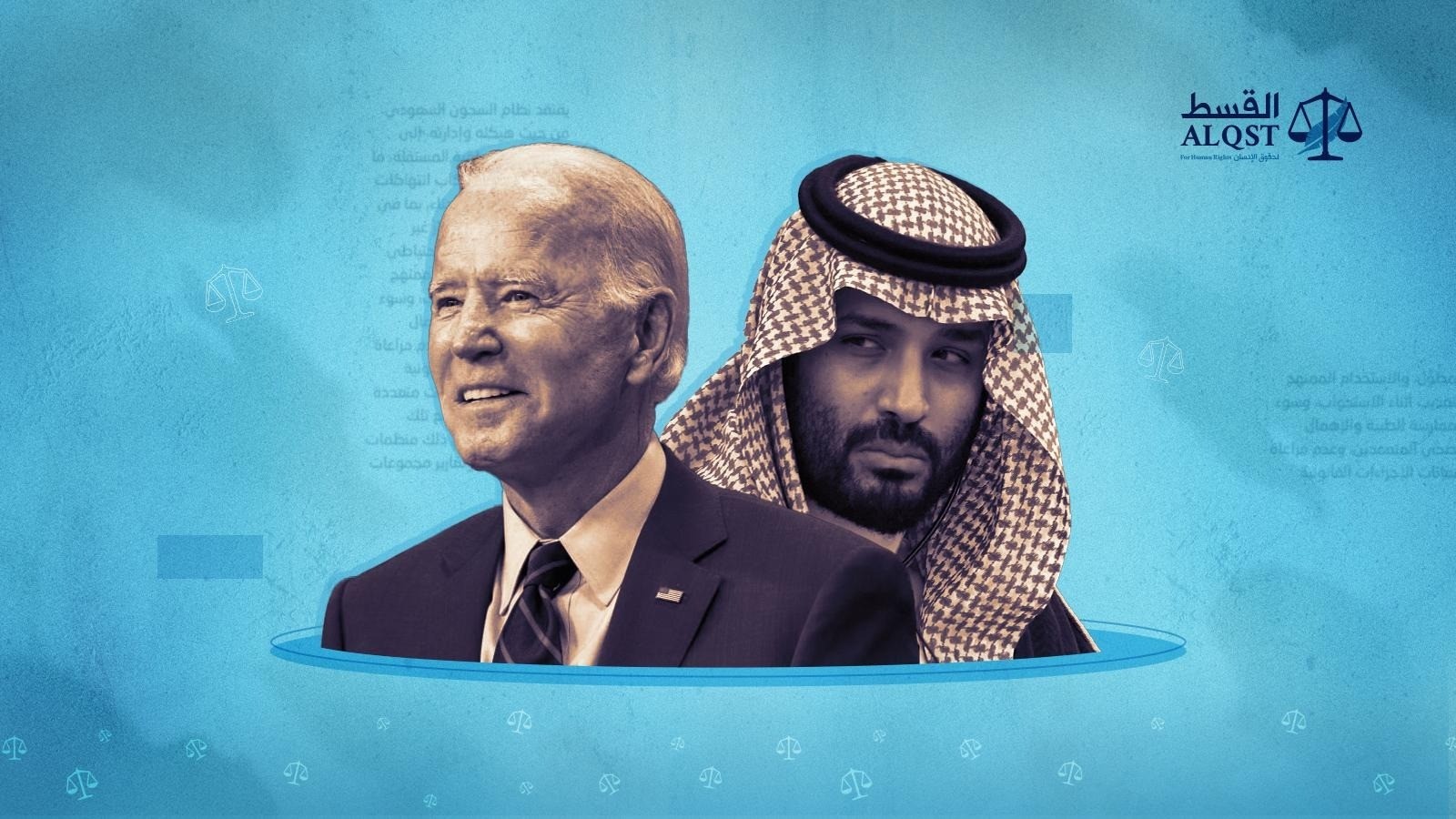 As US President Joe Biden visits Saudi Arabia on 15-16 July, he must urgently address the unrelenting repression going on there, and do nothing that helps to rehabilitate the pariah kingdom’s de-facto ruler, Crown Prince Mohammed bin Salman, largely shunned diplomatically since the 2018 state-sponsored killing of Washington Post columnist Jamal Khashoggi.

The agenda for Biden’s visit is expected to focus on global oil supplies. Yet if his promises as a presidential candidate of a more critical stance towards Riyadh are to be taken seriously, he must use this occasion to prioritise human rights concerns. As a minimum, as 13 human rights NGOs highlighted recently, he should seek to secure the release of prisoners of conscience, the lifting of travel bans on activists and peaceful critics, and a moratorium on executions.

On 20 January 2021, Democrat Joe Biden was sworn in as the new president of the United States. The incoming administration vowed to challenge Saudi Arabia’s dire human rights record in contrast to the outgoing Trump administration, which repeatedly acted to deflect criticism of the Saudi leadership.

Indeed, in January 2021 Biden imposed a temporary suspension of arms sales to Saudi Arabia; and the following month US intelligence released a long-withheld report concluding that Crown Prince Mohammed approved the operation to assassinate Khashoggi.

However, Biden resisted calls to sanction Mohammed bin Salman himself, and his previous promises to “recalibrate” US-Saudi ties proved to be more modest as 2021 progressed. Before long, new arms deals with Saudi Arabia had been approved.

While Biden appeared to be making a U-turn, the Saudi authorities reverted to their habitual pattern of repression, with fresh waves of arbitrary arrests of peaceful critics, further harsh sentencing of activists, and deliberate attempts to endanger the lives of prisoners of conscience. In 2022 so far the Saudi authorities have carried out 120 executions, more than double the number for the whole of 2021. This includes the execution of 81 men on 12 March 2022 alone, the largest mass execution in recent Saudi history.

Meanwhile, although a number of high-profile women human rights defenders and prisoners of conscience were conditionally released during the early days of Biden’s presidency, they remain under severe restrictions that mean that they are still not free.

ALQST’s Executive Director Nabhan Al-Hanshi comments: "Biden's planned visit to Saudi Arabia is incredibly disappointing, and makes his campaign promises ring hollow. At the very least, he must use the occasion to secure tangible progress on some of the most egregious human rights violations taking place. Anything less will only serve to rehabilitate the kingdom’s leadership, paving the way for further abuses.”

Academics call on UK government to act as Saudi court jails Leeds student for tweeting
400 academics, staff and research students from UK universities and colleges have signed an open letter calling on the government to take urgent action in the case of Salma al-Shehab.