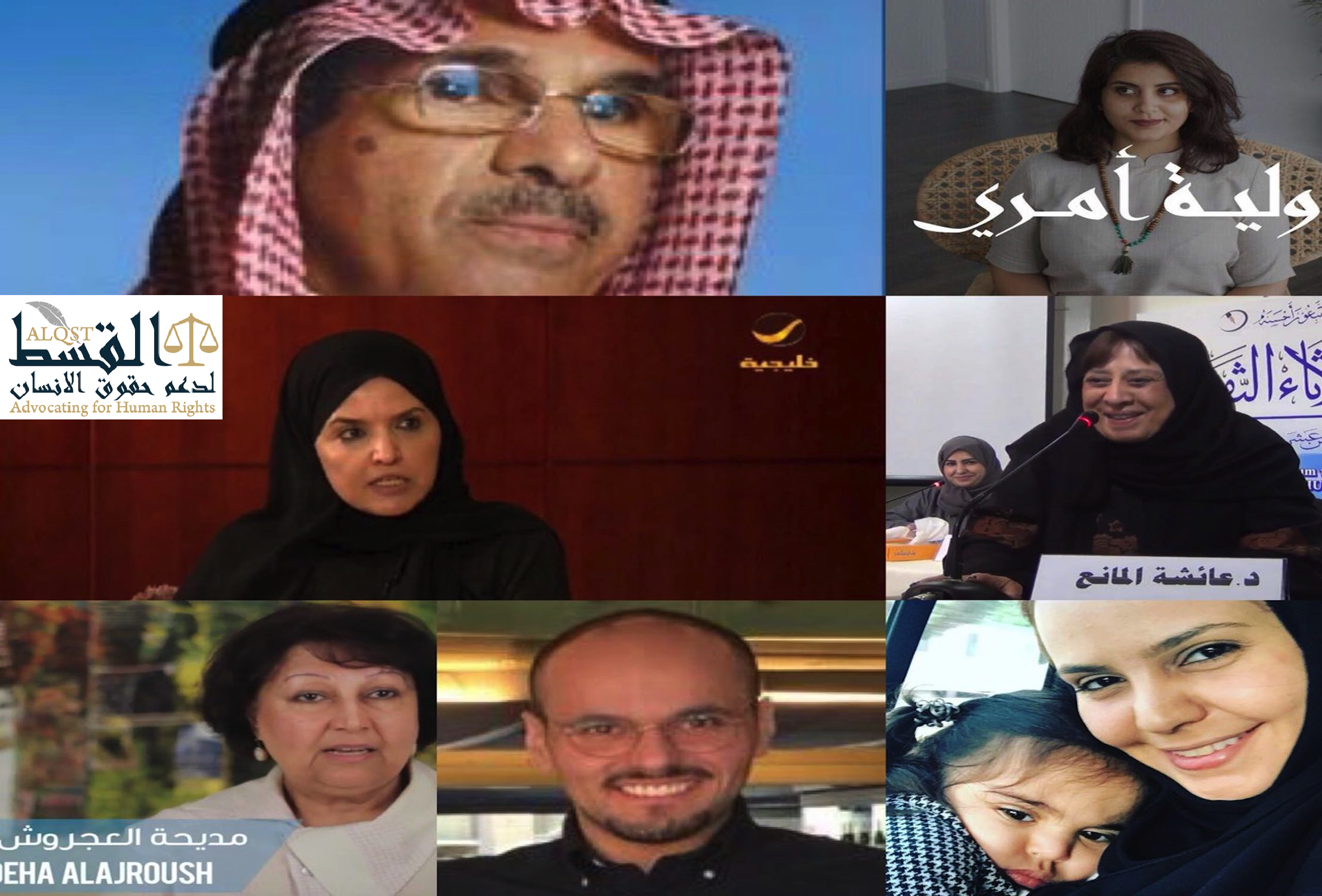 In their latest crackdown on human rights activists, the Saudi authorities have arrested a number of prominent campaigners, accusing them of asking states and organisations abroad to pressure the regime

The Saudi authorities arrested a number of activists on Tuesday, May 15, just a day before the Holy Month of Ramadan began. The authorities launched a series of raids and searches of activists’ homes, then arbitrarily arrested them in a manner calculated to humiliate the detainees and frighten family members in their homes.  The authorities arrested: Dr Ibrahim al-Mudaimeegh, Professor Eman al-Nafjan, Professor Aziza al-Youssef, leading activist Loujain al-Hathloul, activist Mohammed al-Rabiah,Dr Aisha al-Mana, activist Madiha al-Ajroushand others. 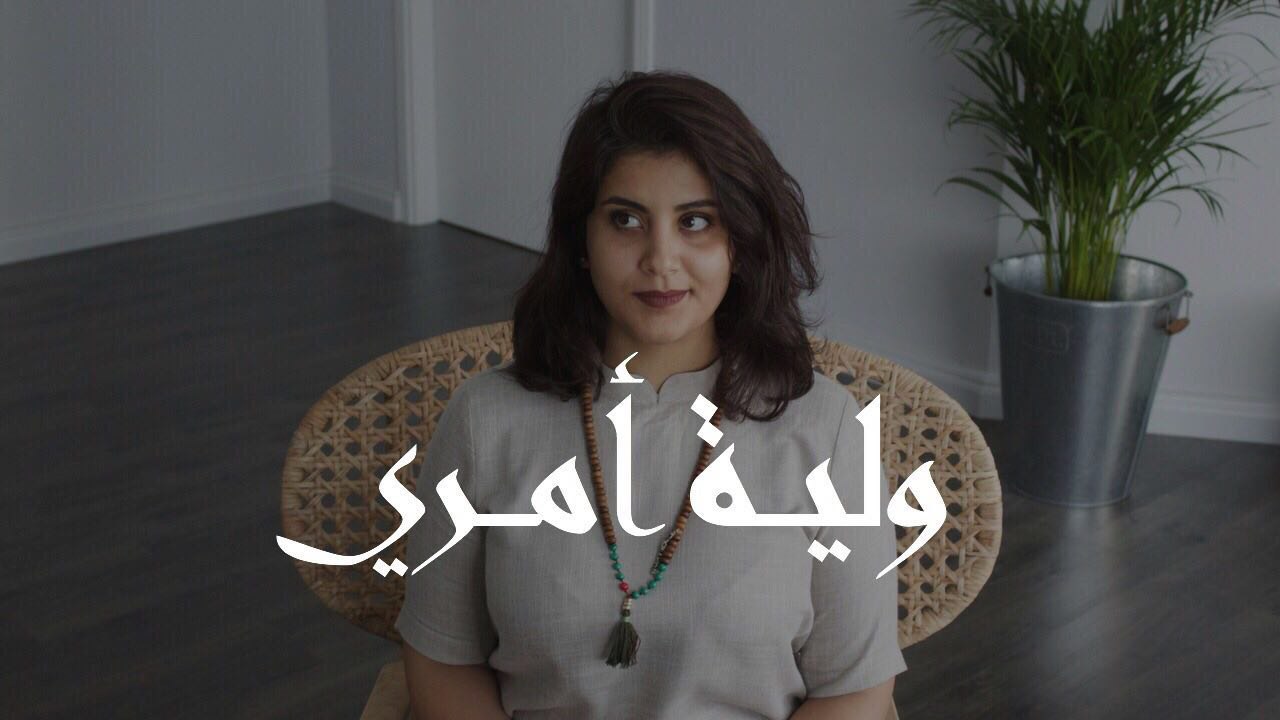 At 2:30pm on Tuesday, May 15, a Saudi force raided the home of prominent rights activist Loujain al-Hathloul, arrested her in her bedroom and took her away to Al-Ha’ir Prison, later transferring her to Jeddah.  Loujain had previously been arrested on November 30, 2014 when she attempted to drive into Saudi Arabia across the border from the UAE, since although the Saudi authorities would arrest anyone found “driving without a licence”, they had signed an agreement with the other GCC states to recognise each other’s driving licences, and Loujain had obtained a UAE licence.  She was therefore not committing any crime, but the authorities detained her at the border in her car all night.  The following morning she was arrested, together with another Saudi activist, Maysaa Alamoudi, and subsequently referred to the Specialised Criminal Court, Saudi Arabia’s terrorism tribunal, charged with “publishing things damaging to the authorities’ reputation”.  In response to international pressure the Saudi authorities released Hathloul after 73 days in prison, but without closing the case. 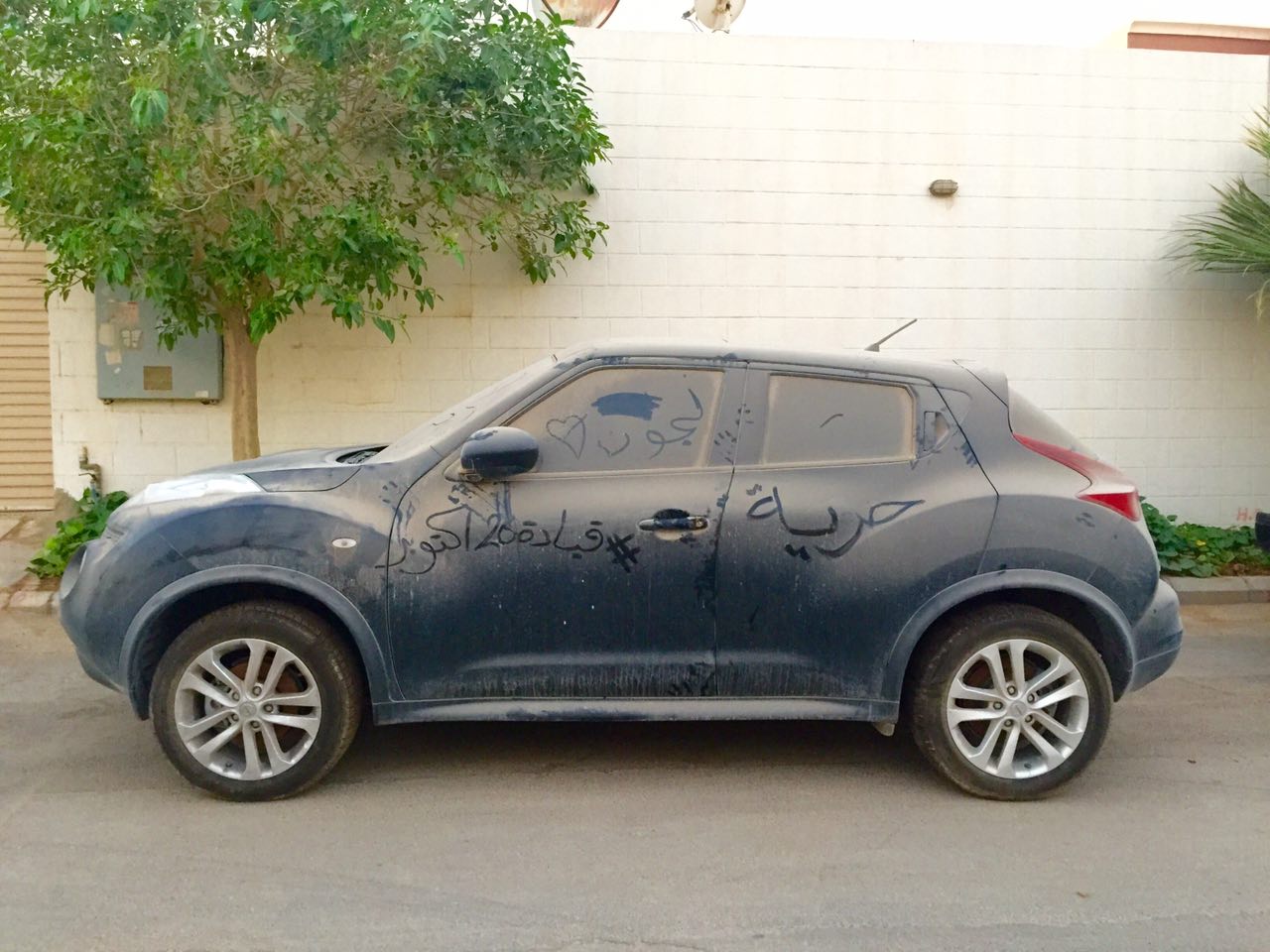 On February 27, 2018 Loujain al-Hathloul attended the 69th Session of the UN Committee on the Elimination of Discrimination Against Women (CEDAW) in Geneva.  On her return to Saudi Arabia on March 12 she was detained at the airport, then transferred to Al-Ha’ir Prison in Riyadh for three days, then placed under a travel ban, barred from social media activity and prevented from completing her master’s degree in the United Arab Emirates. 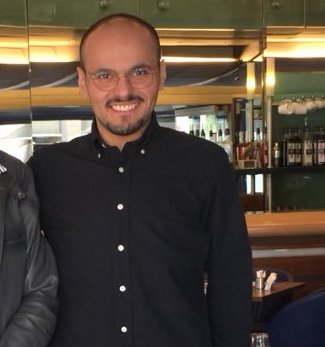 At around 3pm the same day, activist Mohammed al-Rabiah was arrested, having previously been hounded by the authorities for supporting women’s right to drive. 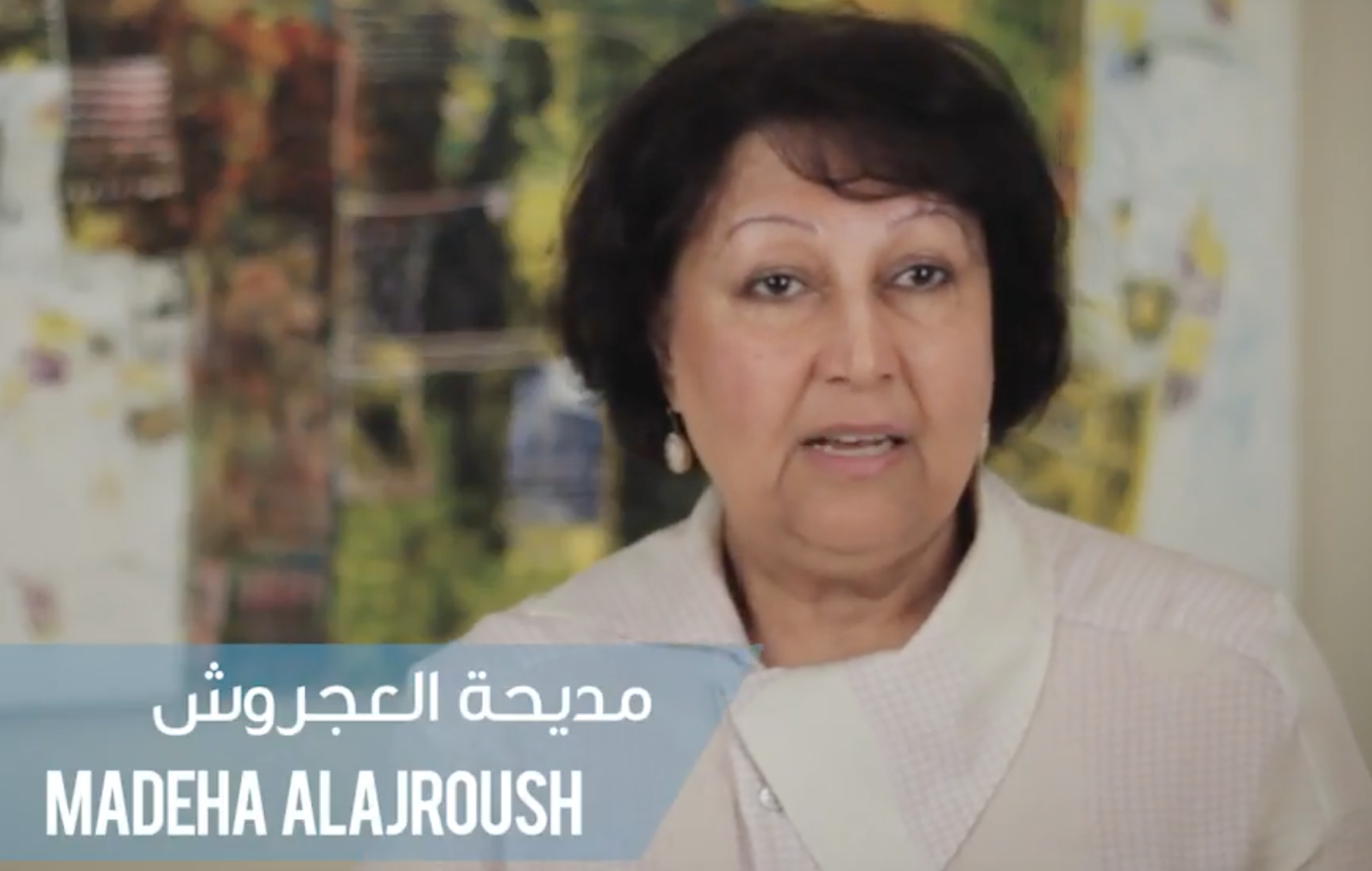 Activist and psychoanalyst Madiha al-Ajroush has also been arrested.  Through her clinical practice, Ajroush has offered help and psychotherapy to several victims of domestic violence as well as refugee children in camps in Lebanon and Jordan.  She has played an active part in advocating for women’s rights and helping victims. 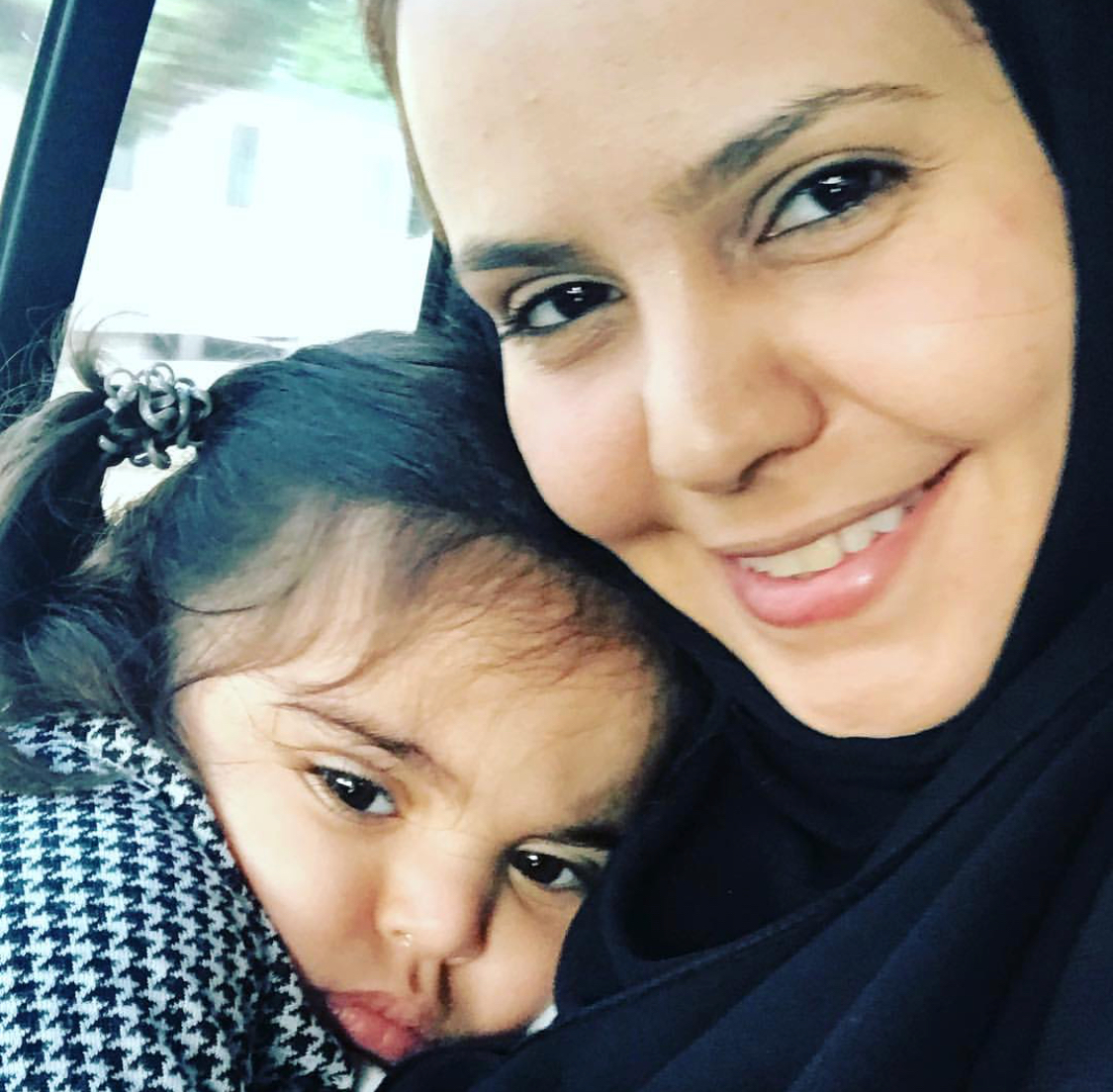 Also arrested was the well known blogger and activist Eman al-Nafjan, a graduate of Birmingham University in the UK.  Eman is a leading campaigner for women’s rights and human rights in general. 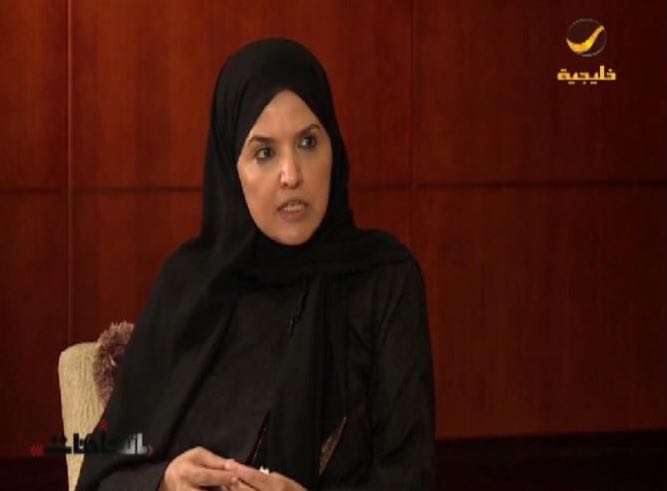 At the same time the authorities also arrested prominent women’s rights activist Professor Aziza al-Youssef of King Saud University.  She was one of the first to call for women to be allowed to drive, and has been notably active in defending women’s rights, workers’ rights and civil and political rights. She tried to set up a refuge for battered women and girls who are not accepted back from government social care institutions by their families, but the authorities turned down her application. Pressure had mounted on Professor al-Youssef over the past year, and she was called in for questioning more and more often.  The authorities prevented her from commenting on the Royal Order allowing women to drive – which she, together with all the other women’s rights activists, had brought about – while at the same time urging ladies close to the government to express thanks to the government.  They thus appear to have given credit for the Royal Order to ladies who had spurned the campaigns calling for women’s right to drive, while continuing since September 2017 to pressure the real activists, foremost among them Professor al-Youssef, to desist from posting on Twitter.  On Thursday, May 17 a Saudi journalist contacted an official in the Royal Court to ask why Professor al-Youssef had been arrested, and the official replied: “To let them know that no one can twist the arm of the government.”  The answer therefore implies that her arrest was a form of revenge by the Saudi authorities, who are due to allow women to drive on July 24, having been forced to yield to heavy pressure. 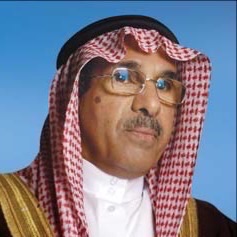 Also arrested at this same time was Dr Ibrahim al-Mudaimeegh, a former member of the Saudi Council of Ministers’ Commission of Experts and Saudi Arabia’s most prominent and best known lawyer.  Mudaimeegh has handled the defence pro bono in some of the most sensitive cases in the country, and took on the cases of several members of the Saudi Civil and Political Rights Association (ACPRA).  He defended human rights activist Waleed Abu al-Khair, Mohamed al-Oteibi, Abdullah al-Atawi, Essam Koshak, Essa al-Nukhaifi and many other prisoners of conscience.  He has spoken out against Israeli crimes toward the Palestinian people and on other human rights issues, which led authorities to force him to close down his Twitter account in November 2017.  On May 5, 2018, Mudaimeegh went to the airport on his way to get medical treatment abroad but found himself unexpectedly prevented from travelling, and when he tried to ascertain the reason for the travel ban he was met with personal abuse and threatened with arrest for asking why he had been banned from travelling. He continued to be harassed and threatened until being arrested on Tuesday. 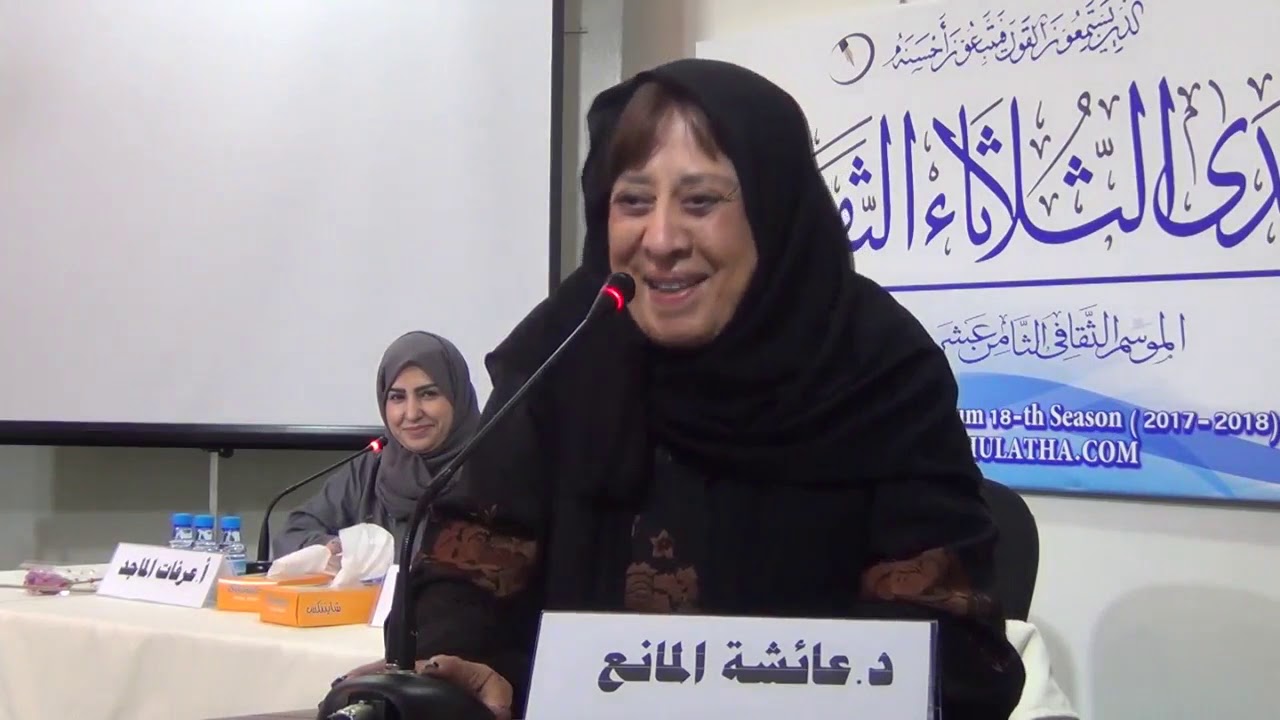 The authorities have also arrested Dr Aisha al-Mana, Dean of Al Mana College and one of Saudi Arabia’s earliest feminists.  She took part in the 1990 campaign against the ban on women driving, in which Mana and some other ladies drove their cars, and wrote a book documenting itentitled The Sixth of November.   She suffered imprisonment, oppression and character assassination by the authorities, who are now treating Aisha al-Mana in the same way 28 years later. 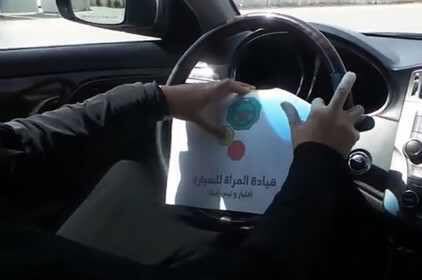 ALQST kept this information confidential and refrained from publicising it because the Saudi authorities undertook to release the detainees within a day or two, and said they were only being held for questioning. However, the authorities are trying to silence the international community by giving out false information and making promises that are not kept, so that the world remains silent about the regime’s human rights abuses.  They are then smearing the reputations of the detainees, as they did yesterday, May 19, by announcing that they had apprehended a group of people who were in communication with foreign embassies and human rights organisations for the purpose of bringing the Saudi kingdom into disrepute.  This is a clear sign of the pressure the Saudi authorities have come under to allow women to drive.

The Saudi authorities said they had arrested seven individuals including Abdulaziz al-Mishaal (whose arrest ALQST has not been able to confirm) in addition to Ibrahim al-Mudaimeegh, Aziza al-Youssef, Eman al-Nafjan, Loujain al-Hathloul, Mohammed al-Rabiah and an unnamed seventh person.  They did not name Dr Aisha al-Mana or Madiha al-Ajroush either.

While advertising themselves as reformers and liberalisers, the Saudi authorities are in practice carrying out the worst campaign of repression and intimidation ever seen in the country.  And while boasting to the world that they are allowing women to drive, they are now carrying out arbitrary arrests of activists, female and male, who have campaigned for women’s right to drive.  They are raiding activists’ homes and violating their rights in revenge for the pressure that has been applied in order to secure this right. There are still people in prison who called for women to be allowed to drive and were put on trial for it, like ACPRA member Dr Mohammed al-Qahtani, rights activist Waleed Abu al-Khair and journalist Alaa Brinji.

What the authorities are doing is conducting public relations exercises abroad while simultaneously cracking down and silencing everyone at home.  This clearly indicates that the authorities are not serious about reform, and that all their claims about reform are simply propaganda.  Our role here is to expose this hideous repression, to warn the world not to fall into the trap of believing Saudi propaganda, and to insist that human rights work is legitimate work and does not deserve to be punished. The charges brought against all the activists have no validity and must be quashed at once; and all prisoners of conscience must be released unconditionally and without delay.