Saudi prisoners of conscience go on hunger strike over harassment

Leading Saudi human rights activist Abdulaziz al-Shubaily has gone on hunger strike in protest over multiple instances of harassment while in detention. On 18 March 2019 al-Shubaily was transferred from the prison where he was being held to another location lacking the most basic amenities. He was told that he was being punished for two weeks, but nearly two months have passed without him being returned to his previous place of detention, and without any rectification of conditions in his current one. Al-Shubaily, together with several other prisoners who were transferred with him at the same time, are having restrictions placed on their communication with the outside world, and are living in filthy conditions with a total lack of basic amenities such as access to fresh air and sunlight. He and a number of others say they will remain on hunger strike until either they are returned to their previous cell blocks or conditions in their present accommodation are rectified.

Al-Shubaily’s treatment is part of a pattern of harassment to which the majority of prisoners of conscience are subjected in Saudi prisons.  The Saudi authorities deliberately make life difficult for them and deny them their basic rights even behind bars.

Another prominent Saudi human rights activist, Mohamed al-Oteibi, has been out of contact with the outside world since 29 April, possibly as an act of protest at having someone who follows an extremist ideology moved into his cell block. Al-Oteibi had complained about this previously, saying that this person was denouncing him as an infidel, potentially placing his life in danger. The only logical reason for housing this man with al-Oteibi, and persistently subjecting al-Oteibi to this aggravation, is an attempt to harass or even harm him. Al-Oteibi had also previously requested to be transferred from Dammam Prison, where he has no relatives nearby, and asked to be moved to Jeddah, where his wife lives and could visit him – but so far this request has not been granted.

In March several prisoners of conscience in various jails were moved to different locations, where they are being harassed or threatened or having their lives put at risk.

One of the founders of the now-defunct Saudi Civil and Political Rights Association (ACPRA), Mohammed Fahad al-Qahtani, was transferred on 20 March to another cell block. Early in April he found a quantity of pharmaceutical pills as well as narcotics in the hot water urns on the wing. A number of prisoners suffered ill effects and had to be taken to hospital. Al-Qahtani was subsequently threatened by one of the inmates of the block, clearly putting his life at risk.

Rights activist Essa al-Nukhaifi has suffered various forms of harassment on numerous occasions, and has lodged numerous complaints to no avail.  In one instance he was transferred to a prison wing where there were individuals present who had given evidence that helped secure his conviction. During al-Nukhaifi’s trial, the court relied on statements given by witnesses in prison who testified that al-Nukhaifi had been vilifying the authorities inside the prison. Al-Nukhaifi was able to meet some of these witnesses later in a prison in Mecca, and obtained testimony from them refuting what they had said before the court, but the court did not change its verdict even after one of the so-called witnesses said his testimony had been falsified. Some of them turned hostile to al-Nukhaifi after he had gathered their signatures. The prison administration nevertheless moved him into the same cell block as one of these hostile individuals, and although al-Nukhaifi too requested a transfer, to Jizan Prison, so that his elderly mother could visit him, his request has so far not been granted.

In the case of human rights activist Khaled al-Omair, the authorities prevented him from visiting his critically ill father, who eventually died on 22 March 2019. After that, al-Omair’s mother’s health declined and he asked to be allowed to visit her, but the authorities refused. They are still punishing al-Omair with petty harassment for lodging a complaint against officers who tortured him.

ALQST considers these incidents to constitute systematic and deliberate measures by the authorities intended to place the lives of activists at risk.  There have been cases in the past where prisoners have been released from jail with mental health issues. ALQST has received reports that jailed preacher and reform advocate Musa al-Qarni has been transferred to a psychiatric hospital because of the effects of torture inflicted by the authorities.  They transferred a former detainee, the prominent imam and preacher Ahmed al-Amari al-Zahrani, from prison to hospital when he suffered a brain haemorrhage, as a result of which he died.

ALQST calls for pressure on the authorities to immediately and unconditionally release all prisoners of conscience, and to end this oppression and systematic targeting of human rights activists. ALQST holds the authorities fully responsible for the safety and lives of all detainees in both political and criminal prisons in Saudi Arabia. 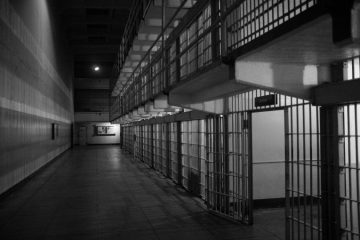 ALQST has received news confirming the arrest and detention of female journalist and writer Maha al-Rafidi al-Qahtani. Al-Rafidi, a trainee journalist at daily newspaper al-Watan, was arrested on 28 September 2019, and has since been Read more…