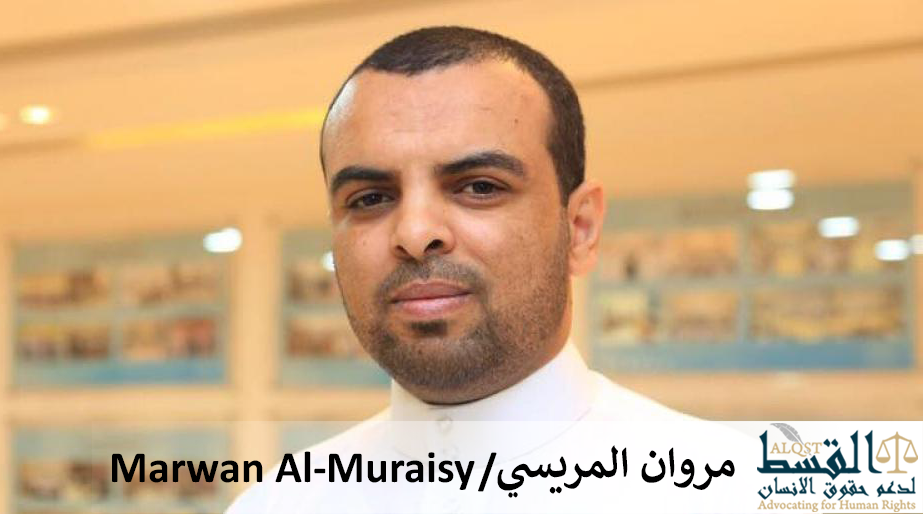 On 01 June 2018, security forces arrested Al-Muraisy from his home and transferred him to an unknown location. Reliable reports confirmed that he is being held incommunicado. To date, Al-Muraisy’s family have been denied information about the charges against him, the location where he is being held and are unable to visit him.

Al-Muraisy, born in 1982, moved from Yemen to Saudi Arabia in 2003 and began his journalism career the following year. He has worked for several Saudi media outlets, including TV channels Al-Majd and Al-Resalah. His Twitter account has more than 100,000 followers, with his tweets focusing on his areas of specialisation, including digital media and human development. He has prepared more than 30 television programmes and has been a guest on a number of television programmes dealing with technology and social media. Al-Muraisy wrote one book, published in 2014, entitled “Sparrow’s Milk”.

The arrest of Marwan Al-Muraisy is part of a string of arrests that included dozens of academics, writers, journalists and human rights defenders, including prominent women’s rights activists, since 15 May 2018. The arrests have targeted human rights defenders calling for women to be allowed to drive, and to live free of the guardianship system.

In June 2018, women were finally permitted to drive in Saudi Arabia, but the crackdown seems designed to deter any criticism of the Kingdom or its rulers. Hundreds of human rights defenders, intellectuals and other activists are already imprisoned and serving lengthy sentences in Saudi Arabia, many from banned NGOs.

Saudi authorities should clarify Al-Muraisy’s situation and ensure that all his civic and human rights are respected. He should be released immediately and unconditionally in order to get back to pursuing his successful career as a writer.