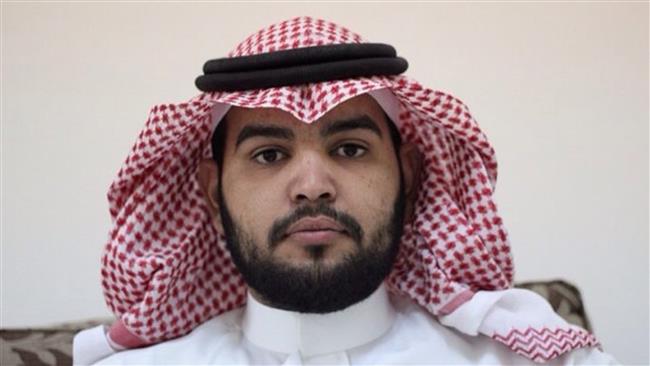 The sentencing on May 29, 2016 of human rights activist Abdulaziz al-Shubaili to eight years in jail highlights once again the Kingdom of Saudi Arabia’s harsh treatment of peaceful dissent and civil activity.

Thousands of the prisoners in Saudi Arabia are prisoners of conscience. Many of them have been swept up in the authorities’ so-called war on terrorism but are in fact being held on charges relating to their peacefully held and expressed political or religious views, including calls for social reform or in defence of human rights.

Today virtually all of Saudi Arabia’s leading human rights activists are in prison or on trial, victims of an unrelenting crackdown on criticism, dissent and other exercise of the right to freedom of expression. ALQST recognises that human rights defenders who have sought to expose the abusive nature of the Saudi regime or to promote reforms within the kingdom have been seen by the authorities as challenging their authority and policies, and have been harshly targeted as a result.

The founders and members of ACPRA have been relentlessly pursued by the authorities for calling for political and human rights reforms in the kingdom. ACPRA was never legally recognised by the government, yet was only formally banned in 2013. The association espoused a philosophy of human rights anchored in Islamic law and traditions rather than the kind of human rights discourse more commonly heard in the West.

Several leading ACPRA activists are currently either imprisoned or on trial and facing imprisonment. All of their trials have been unfair, and all those detained have complained about their prison conditions and discriminatory treatment. In almost all cases they have been tried in the Specialised Criminal Court (SCC) set up to deal exclusively with terrorism-related crimes.

During 2015 four members were given long prison sentences and one was finally released, two months after completing his prison term. So far in 2016 two more members of ACPRA have been sentenced to prison by the SCC, though they can still appeal; one more has been freed but remains banned from travelling abroad.

Abdulaziz al-Shubaily, 31, whose trial before the SCC in Riyadh began on October 27, 2014, was sentenced on May 29, 2016 to eight years in prison, followed by an eight-year travel ban, and banned from writing. He consistently refused to recognise the legitimacy of the court.

Issa al-Hamid, 48, a prominent human rights defender, was sentenced by the SCC on April 24, 2016 to nine years in prison followed by a nine-year travel ban upon release, after a 22-month trial and three postponements of the verdict. Charges against him included defaming the Council of Religious Scholars; insulting the judiciary; participating in the establishment of an unlicensed organisation (ACPRA); and communicating with international organisations in order to harm the image of the State.

Dr Abdulrahman al-Hamid, 53, was sentenced on October 13, 2015 to nine years in prison followed by a nine-year travel ban upon release and a fine of £8,800. The charges against him included inciting against public order, spreading chaos by calling for demonstrations, disrespecting the authorities, and participating in and setting up an unlicensed organisation (ACPRA). Dr al-Hamid is currently in Al-Malaz prison. He was initially held incommunicado, which meant he was not allowed to communicate with or be visited by his family or lawyer, and it was only after a hunger strike that he was allowed visitors in prison.

Dr Abdulkareem al-Khoder, 49, a former professor of Islamic jurisprudence, was originally sentenced to ten years in prison for disobeying the ruler, inciting public disorder by calling for demonstrations, harming the image of the state by disseminating false information to foreign groups, and helping to found an unlicensed organisation (ACPRA). He has been banned from travelling outside Saudi Arabia since 2010 and in 2013 was sentenced after trial in a criminal court to eight years in prison. However, an appeal court overturned his sentence and referred him for retrial before the SCC. Despite the judge’s order to release him pending the outcome of his retrial, Dr al-Khoder remained in prison until his case was heard by the SCC in 2015. On October 19, 2015 he was once again sentenced to ten years in prison followed by a ten-year travel ban, and on November 25, 2015 he was transferred from al-Malaz prison to Buraydah prison in al-Qassim.

Omar al-Saeed, 23, was sentenced in 2013 to four years in prison and 300 lashes, but his sentence was overturned on appeal. He was sent for retrial before the SCC and on November 5, 2015 he was sentenced to two and a half years in prison and a two-and-a-half-year travel ban upon release. He was transferred on November 25 from al-Malaz prison to Buraydah prison in al-Qassim and was finally released on December 22, having served two months more than his sentence.

Sheikh Suliaman al-Rashudi, 80, is serving a 15-year sentence in al-Ha’ir prison in Riyadh and has been banned from travelling abroad for over 20 years.

Dr Abdullah al-Hamid, 67, is serving an 11-year sentence at al-Ha’ir prison, where he reports having been ill treated.

Dr Mohammad al-Qahtani, 47, is serving a 10-year sentence at al-Ha’ir prison, where he has alleged ill-treatment.

Saleh al-Ashwan, 31, has been held without charge or trial at al-Ha’ir prison since July 2012, and is reported to have been subjected to torture and other ill-treatment in detention.

Fawzan al-Harbi, 37, was serving a seven-year sentence in al-Ha’ir prison in Riyadh but was retried and resentenced on November 19, 2014 to ten years in prison followed by a ten-year travel ban.

Updates on other Saudi human rights defenders: Lawyer and activist

Waleed Abu al-Khair, the first human rights activist to be tried and sentenced under Saudi Arabia’s 2014 anti-terrorism law, lost his appeal in January 2015 against a 15-year prison sentence, 15-year travel ban and £35,000 fine. The activities for which he is being punished include holding discussions about human rights in his home, defending others who had been punished for speaking out, and signing a letter that criticised the authorities for imprisoning a group of activists who had peacefully advocated democratic reform. He was found guilty of charges including disobeying the ruler and seeking to negate his legitimacy; insulting the judiciary and questioning the integrity of judges; setting up an unlicensed organisation; harming the reputation of the state by communicating with international organizations; and preparing, storing and sending information harmful to public order. Abu al-Khair refused to accept the accusations put to him throughout his trial, which began in October 2013, or to recognise the legitimacy of the court in which he was being tried. Halfway through Abu al-Khair’s trial, in February 2014, Saudi Arabia brought in a new anti-terrorism law, which the courts then applied to his case. In January 2015 the appeal judge told Abu al-Khair that he would serve the full 15 years in prison, rather than a reduced sentence of ten years, as he had refused to apologise for his alleged offences. He was moved in February 2015 from al-Malaz prison to al-Ha’ir prison, and again on December 20, 2015 to Dhahban prison in Jeddah. Abu al-Khair remains in prison simply for expressing his views.

Social and human rights activist Essa al-Nakhefi was finally released from prison in Mecca on April 6, 2016 after 44 months in jail. He was known for investigating cases of financial corruption, and for supporting civilians affected by the war on the Saudi-Yemeni border in their claims for compensation. At one point al-Nakhefi was pardoned for his offences, but we learned in February 2015 that his pardon had been revoked and his original sentence reinstated because he had not repented of the crime of calling for a constitution.