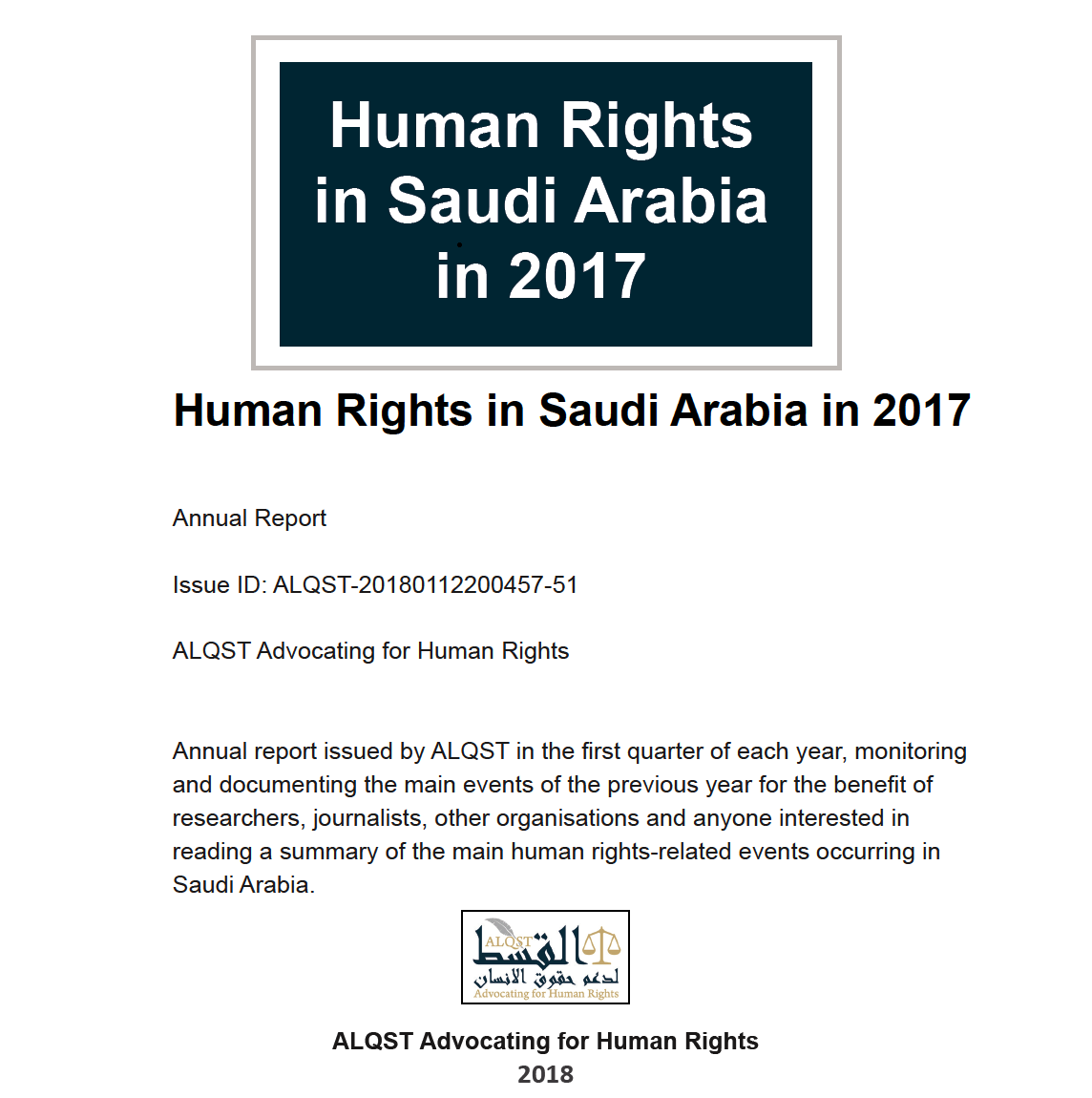 The Saudi authorities are continuing their persistent violations of human rights, while gambling that time is on their side.  They are pressing ahead with business as usual without making any move toward genuine reform. The same state of repression continues, with the silencing of criticism at home and abroad.  Domestically, the authorities make sure to silence anyone who criticises their actions and exposes their abuses, by means of repression, imprisonment, threats, and harassment at work and in their daily lives.  Outside the country, they seek to suppress criticism by means of major PR campaigns promoting the Saudi leadership as being in favour of reform and opening up the country. These efforts are partly successful, and become more widely accepted with each repetition.  The world is now hearing a clear message that the Saudi Crown Prince is embarking on a programme of reforms, in terms that have been bandied about so often before, and being asked just to give the regime a chance. But this what the regime always does – it has no intention of seriously carrying out any genuine reform measures.  On the contrary, it is behaving with increasing brutality. Crown Prince Mohamed Bin Salman has been responsible for unprecedented waves of arrests, as well as the Yemen war with all its catastrophic consequences.

In the introduction to its Annual Report last year ALQST wrote:

“In 2016, the Kingdom of Saudi Arabia saw a further ramping up of the repression that has been going on ever since King Salman came to power in January 2015.  He took the throne making lavish promises that quickly proved empty and did nothing to improve conditions in Saudi Arabia. Indeed, from a human rights perspective the situation has continued to show a grim deterioration.”

Twelve months on, the same problems remain.  There have been no genuine reforms, although there have been constant promises.  The authorities have continued to act in the same way, with constant and indeed intensifying waves of repression, intimidation and human rights violations.  In the course of 2017 a number of human rights activists were arrested, including two members of the Saudi Civil and Political Rights Association (ACPRA) – Abdulaziz al-Shubaily and Issa al-Hamid – as well as Essam Koshak, Ahmed al-Mushaikhas (who was released after 27 days in prison), Samar Badawi (who was released the same day after being interrogated, made to sign undertakings and placed under a travel ban), Loujain al-Hathloul (released after four days in prison), Mohamed al-Oteibi, reformist clerics like Dr Salman al-Awda, Abdullah al-Maliki, Essam al-Zamel, Mustafa al-Hassan (released in 2018) and more than 400 individuals who were rounded up in unlawful sweeps of activists, reformers, clerics, princes and businessmen.

During the year 146 people were executed in Saudi Arabia, of whom 40 per cent were executed not in accordance with the Sharia principles of qisas (requital) or hudud punishments but at the individual discretion of a judge, and for non-violent crimes.  The authorities allowed neither free speech nor freedom of assembly or freedom to form associations.  Freedom of expression is now more restricted than ever, and 2017 was particularly hard for the Saudi public.  Even posting on the social media platform Twitter was harshly suppressed, and even the regime’s regular supporters were not exempt from restrictions on tweeting.  The authorities tried to pervert the one space where ordinary members of the public can express themselves, namely social media, as well as coming down heavily on any peaceful civil associations.  They did not allow civil associations promoting human rights, even after the introduction of a new NGO law (the Law on Associations and Foundations); in fact the Law sets conditions whereby government agencies are able to restrict civil activism.  There have therefore been no applications to establish any independent associations to promote and advocate for human rights. The authorities have also continued to suppress any attempts to carry out such activities. 2017 saw the final sentences passed on ACPRA members, bringing their total combined sentences to nearly 200 years in prison terms and travel bans.  The founders of the Union for Human Rights were also jailed, and the ban on the Adala Centre for Human Rights continued. The so-called “Jeddah Reformers” case remains open, and Dr Saud al-Hashemi, Dr Musa al-Qarni and Dr Abdulrahman al-Shumayri remain in prison.

The Saudi war on Yemen continued throughout 2017, with the documented use of internationally banned weapons.  The Saudi authorities acknowledged the use of cluster bombs in Yemen, after a long period of denial on their part and on that of their allies and arms suppliers.

The Saudi authorities also carried out eviction campaigns in a number of places, involving gross violations of human rights and a refusal on the part of the authorities to shoulder their responsibilities toward those displaced.  In Jeddah and Taif, for example, a number of residents were evicted from what were said to be shanty dwellings. Their homes and property were destroyed and several of those who protested were arrested. The authorities also continued to evict people from their homes along the border with Yemen because of the ongoing war.  In Awamiya, in the Eastern Province, residents were evicted and their properties destroyed in a crackdown in the historic Musawwara neighbourhood, in the course of which gross violations of human rights were committed. 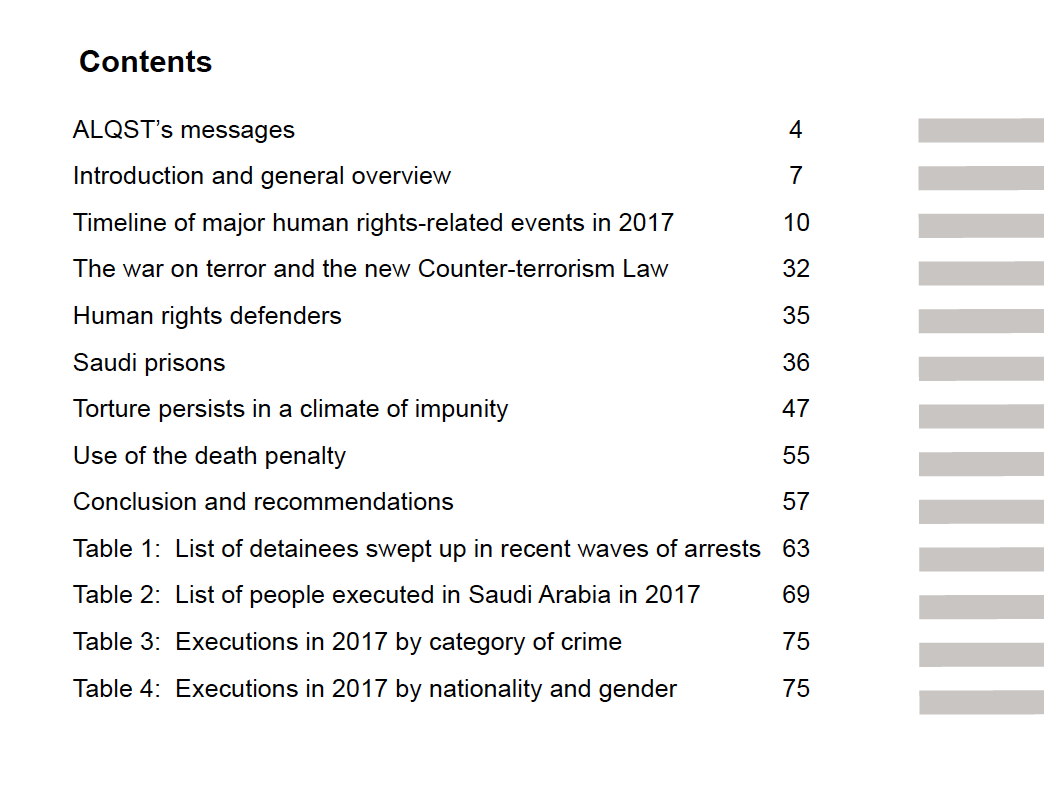 To the Saudi people:

Silence in the face of human rights violations and the suppression of free speech will endanger the lives of more reformers, activists and other members of the public.  Hiding the truth and allowing tyranny to become entrenched will destroy Saudi society. Exposing violations, and challenging them by all legitimate means, is thus a social obligation that cannot be shirked.  Those who can’t participate in the fight against violations and injustice should do everything possible to help those who are challenging these things and calling for justice, and not give injustice any kind of backing.

To human rights organisations, activists and supporters of rights and freedoms:

Saudi society feels impotent, but appreciates your efforts and support. If people inside the country do not engage with you directly it doesn’t mean that they aren’t interested, but that they fear the wrath of the authorities. Those who revile you and support injustice do not represent Saudi society. When people fear the wrath of the authorities, or in some cases seek to win financial advantage, government positions, access, popularity or guarantees of safety by praising the actions of the authorities and reviling those who challenge their abuses and injustice, the loudest voices will not be representative of popular opinion but reflect this climate of fear and fawning. Yet free and truthful voices exist and at times feel compelled to speak out, which leads to imprisonment, exile, or living under constant threat, interrogation and intimidation by the authorities, with the aim of silencing them.

To the Saudi authorities:

These violations must completely stop. Trying to entrench your tyranny by violating rights, imprisoning people, taking away freedom of speech and suppressing the freedoms of all sectors of society will lead to further social collapse and hold back the country’s development. It increases the future danger of either a resort to violence as a result of oppression and tyranny or the underdevelopment that results from corruption. What is happening in Saudi Arabia now is a war on freedoms, the annihilation of society, the erasing of history, and a covering-up of financial and administrative corruption, jeopardising the future of the country. This has to stop – now. Running for help to external allies and buying their loyalty and protection with the people’s wealth will not protect the country. Silencing those who criticise violations doesn’t mean that violations don’t exist. Paying public relations firms to improve the image of the country’s leadership doesn’t mean it has actually got better. Rather, freedoms, justice and equality must be allowed to take their course. The Saudi public must be allowed to participate in governing the country, to form institutions, unions, associations and parties, and to build civil society organisations freely for a healthy society to be created. The Saudi people have the right to live in dignity, to have their culture and history respected, and to be allowed to build their country, control its resources and determine its future. It is their right that this year, 2018, should not be a year of violations, fear and injustice like 2017 and previous years.

To countries allied with the Saudi regime and the rest of the international community:

Don’t believe the claims of the Saudi regime and its agents that Saudi society is content with the current state of affairs. You shouldn’t listen to only one side of the story, the side with total control of the situation. Remember that the people of Saudi Arabia have the same right to a decent life as all other people in the world, and that the authorities’ systematic vilification of the Saudi public should not be accepted by your institutions and promoted by your media. It is not right to brand the Saudi public as extremists, terrorists, backward or not ready for reform simply because the Saudi regime portrays them as such, when the public remain muzzled, threatened and unable to express their opinions freely.

Remember that human rights are for everyone, regardless of religion, race or colour. Oil and arms deals, along with corruptly funded lobby groups, should not prevent you from taking moral stances and seriously defending human rights and freedoms. We cannot dream of peaceful societies as long as wealth is in the hands of corrupt leaders, as long as power and influence are in the hands of countries that put interests ahead of values, and as long as human rights are at the bottom of those countries’ list of priorities.

To lovers of justice and human rights everywhere:

Regimes everywhere should be pressured by civil societies to stop putting interests ahead of values, and to stop committing, supporting or remaining silent about human rights violations. Free, active civil societies can bring about change for the better and continue to press for it, even if governments are not working in that direction.

Report of the Special Rapporteur on extrajudicial, summary or arbitrary executions: “Investigation into the unlawful death of Mr Jamal Khashoggi”

On 2 October 2018, the Saudi journalist Jamal Khashoggi entered the Saudi consulate in Istanbul to obtain papers he needed to get married. Immediately following his disappearance, the Saudi authorities denied all knowledge of his Read more… 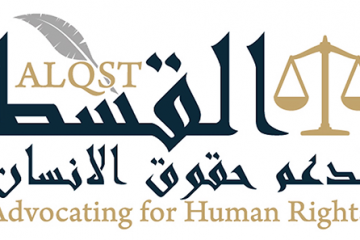 ALQST and the Gulf Centre for Human Rights recently sent a submission to the UK Foreign Affairs Committee, in response to a call for written evidence for the Committee’s inquiry on the Foreign and Commonwealth Office (FCO) Read more…