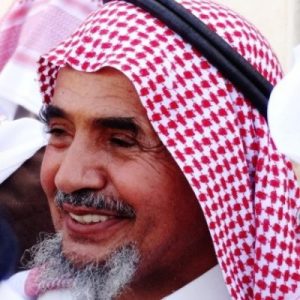 ALQST today welcomed the nomination of human rights defenders Loujain al-Hathloul, Nassima al-Sadah and Abdullah al-Hamid for this year’s Nobel Peace Prize. Their names were put forward by women MPs in Canada and Norway.  ALQST has been campaigning for the champions of human rights in Saudi Arabia to be honoured with awards and prizes as a way of drawing attention to their vital work and increasing pressure on the Saudi authorities for their release, and that of all prisoners of conscience.

On 5 February 2019, Canadian MP Hélène Laverdière announced that she had nominated Loujain al-Hathloul for this year’s Nobel Prize.  She said: “Loujain al-Hathloul has dedicated her life to establishing equal rights for women in a country well known for gross human rights violations and for treating women as second-class citizens.”

Loujain is one of several women’s rights activists who have undergone sexual harassment and brutal torture since being arbitrarily arrested in Saudi Arabia in May 2018, and who remain in prison.  Laverdière commented: “The torture she and the other women detainees have endured is unconscionable, illegal, and the world must continue to demand their immediate release.”

On 11 February 2019, a cross-party group of Norwegian parliamentarians – Karin Andersen, Kari Elisabeth Kaski and Heidi Nordby Lunde – announced that they had nominated Loujain al-Hathloul for the 2019 prize together with veteran Saudi human rights defender Abdullah al-Hamid and Nassima al-Sadah, a noted campaigner against discrimination against women and Saudi Arabia’s Shiite minority.

Loujain al-Hathloul’s peaceful activism has focused on women’s right to drive, the male guardianship system and domestic violence.  Abdullah al-Hamid was a founding member of the now-banned Saudi Civil and Political Rights Association, documenting and criticising the Saudi authorities’ abuses and pressing for political reform. Nassima al-Sada has for years given human rights and legal training to women and families of prisoners.

Last November, at a ceremony in Sweden, Abdullah al-Hamid and two other imprisoned Saudi human rights defenders – Waleed Abu al-Khair and Mohammed Fahad al-Qahtani – were made joint recipients of a Right Livelihood Award, also known as the Alternative Nobel Prize, “for their vi­sionary and courageous efforts, guided by universal human rights principles, to reform the totalitarian political system in Saudi Arabia.”

It is ALQST’s hope and ambition that growing international recognition of the brave and principled commitment of these – and dozens more – Saudi human rights heroes will lead to further pressure on the Saudi authorities to release all prisoners of conscience, and to respect the basic rights and fundamental freedoms of the Saudi people.

In Saudi Arabia anyone can be arbitrarily arrested- even members of the ruling family
Among those caught up in the crackdown have been Basma bint Saud Al Saud, Salman bin Abdulaziz bin Salman bin Mohammed Al Saud, and Salman’s father Abdulaziz Al Saud.