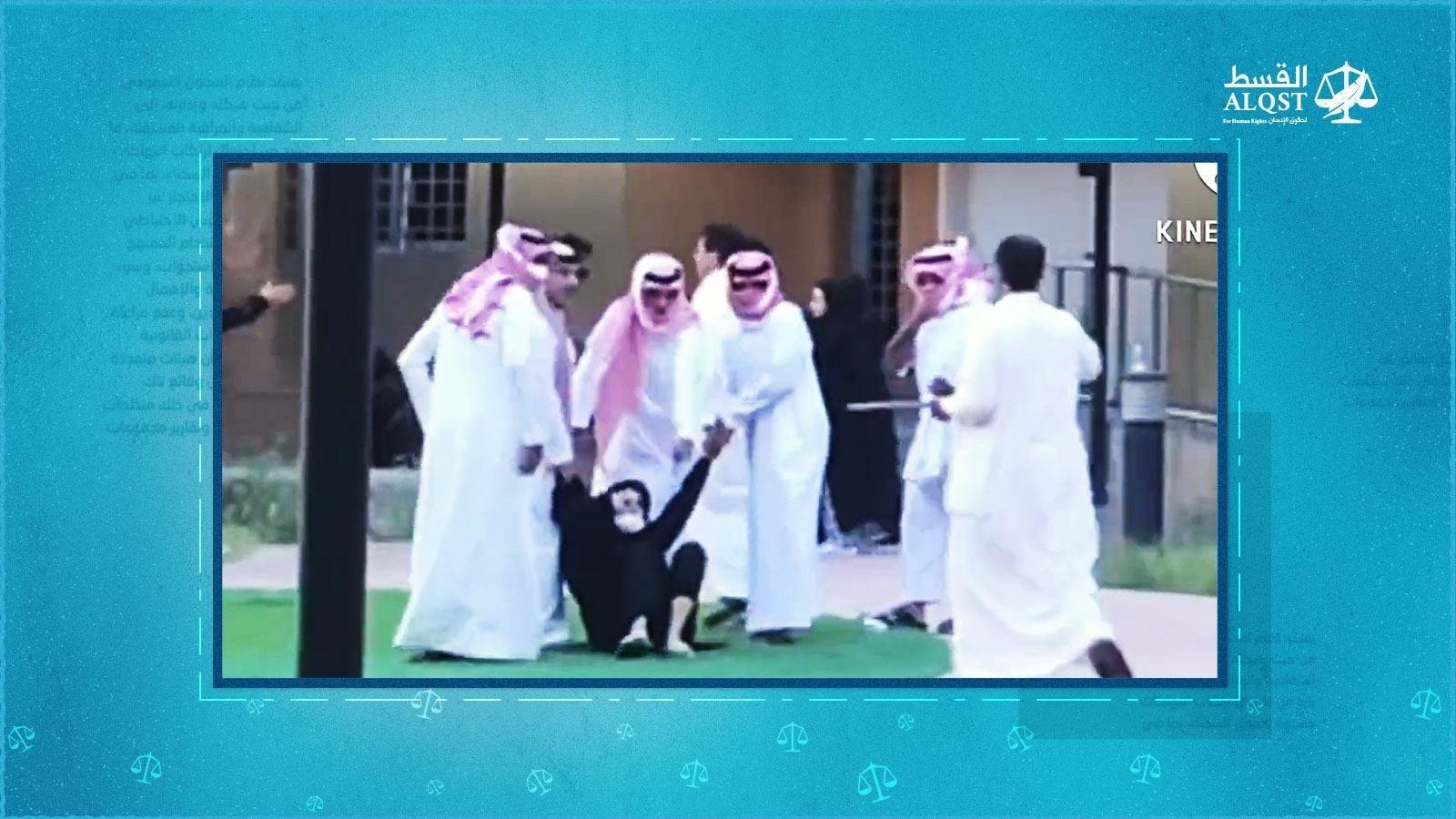 ALQST has been deeply concerned to see the video footage circulating on social media since early Wednesday morning (31 August 2022) showing Saudi security and police officers, both uniformed and in civilian clothing, assaulting young women in the Social Education Home (orphanage) in Khamis Mushait, in Asir Province. According to the person posting the video material, the attack on the women came after they staged a sit-in and strike in protest over poor living conditions and the various ways in which the rights of young women kept in the home even on reaching adulthood are violated.

The local authority, Asir Emirate, has issued a statement ordering an investigation into the incident, but the very fact that it failed to condemn the security officers for this blatant and brutal assault on the women means that any investigation will lack all credibility. This is just the latest in a series of similar incidents in state-run social care homes, and is similar to incidents that have occurred in Saudi prisons, none of which has been investigated, or at any rate had an investigation that brought about change or justice. Meanwhile, measures meant to protect victims of domestic violence are so feeble that in many instances the perpetrator is not brought to account.

ALQST notes that violence at the hands of the authorities is a hallmark of the Saudi prison system. In this respect, care homes for young women and girls (even if not officially for female criminals) and juvenile detention centres are no different from prisons, where violence mostly takes the form of ill-treatment, physical assaults and sexual harassment. ALQST has recently also documented cases of deliberate medical and administrative neglect in prisons, resulting in malnutrition and deteriorating health in prisoners and inmates of detention centres – and violence is bound to have an adverse effect on the emotional and mental well-being of innocent young women held in detention through no fault of their own.

This latest incident raises questions about conditions and the quality of care that orphans, both boys and girls, receive in the Saudi social care system. It is all too reminiscent of what happened to women held under arrest like Loujain al-Hathloul and Samar Badawi, who were subjected to sexual harassment and other forms of torture while being held in secret detention centres. The authorities promised to investigate what had been done to them, but the inquiry concluded by absolving officialdom of responsibility.

Contrary to the narrative of reform and progress on women’s rights that the authorities are constantly trumpeting, the repressive male guardianship system is still far from being dismantled, and women remain subject to men’s control. What the authorities call “recalcitrance” or “disobedience” to a male guardian (father, husband, brother or even son) is treated as a crime, thereby rendering women’s alleged new freedoms null and void – granted in theory, but ineffectual or not applied in practice.

ALQST’s Head of Monitoring and Communication, Lina Alhathloul comments: “This horrific attack shows once again the persistent and unrelenting repression of women in Saudi Arabia. As if what women suffer under the male guardianship system isn’t enough, here we see how young women who don’t have male guardians and live in orphanages can be violently attacked by the state for demanding their basic rights.”

ALQST urges the Saudi authorities to conduct a genuine, impartial inquiry into the incident and ensure that those involved in this violent raid on the orphanage and in beating these young women are brought to justice, and to set up a permanent mechanism for protecting young women and girls in care and responding to their legitimate demands. We also urge them to set up an independent, citizen-led oversight body to monitor conditions in children’s care homes on a permanent basis.