Death sentences for men who refused to make way for Neom 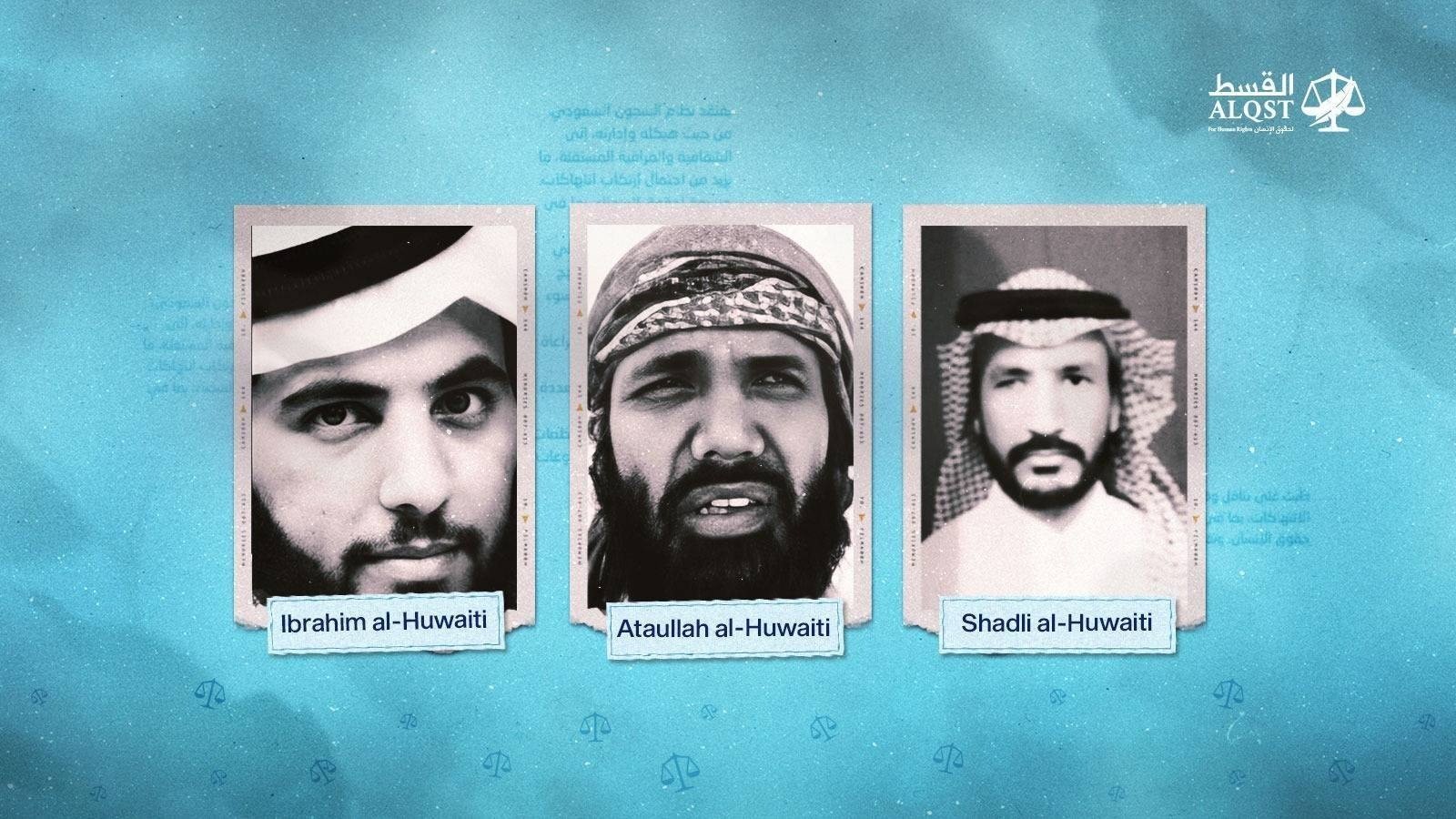 Saudi Arabia’s Specialised Criminal Court (SCC) has sentenced to death three members of the Huwaitat tribe whose family, along with several others, have been forcibly evicted and displaced to make way for the Neom megaproject being pursued by the Saudi authorities.

On Sunday, 2 October 2022 the SCC, the court set up to handle terrorist cases, handed down death sentences on Shadli, Ibrahim and Ataullah al-Huwaiti. Shadli al-Huwaiti is the brother of Abdul Rahim al-Huwaiti, shot dead by security forces in April 2020 in his home in Al-Khariba, in the part of Tabuk province earmarked for the Neom project, after he posted videos on social media opposing the displacement of local residents to make way for the project. On 23 May 2022, Shadli went on hunger strike in protest against ill-treatment and being placed in solitary confinement, and after two weeks the Dhahban Prison administration inserted a tube into his stomach to force-feed him, a form of torture.

Ibrahim al-Huwaiti was one of the delegation of local residents who in 2020 met the official commission charged with securing government title to the lands required for the Neom project. Ataullah al-Huwaiti was also seen in several video clips talking about the misery his family and all the other displaced residents were facing as a result of the decision to evict them.

ALQST's Head of Events Abdullah Aljuraywi comments: "These shocking sentences once again show the Saudi authorities' callous disregard for human rights, and the cruel measures they are prepared to take to punish members of the Huwaitat tribe for legitimately protesting against forced eviction from their homes."

In June 2020 ALQST made a general appeal to consultancy firms working on the Neom project to speak out against the human rights violations associated with it.

Even before the April 2020 killing of Abdul Rahim al-Huwaiti, other members of the Huwaitat tribe had been arrested for refusing to be evicted from their homes, and others have been arrested since. Some have been sentenced to extraordinary prison terms: Abdullah and Abdulilah al-Huwaiti were each sentenced in August 2022 to 50 years.

After killing Abdul Rahim al-Huwaiti and arresting several others who opposed eviction, the authorities set about trying to force other members of the tribe to endorse the authorities’ actions and to disown Abdul Rahim, by promising to pay them 100,000 rials each, or 300,000 for those they appointed as tribal sheikhs, to take part in a propaganda pageant dissociating themselves from Abdul Rahim and the others, and “renewing their allegiance”, as the authorities put it.

The Saudi authorities have repeatedly resorted to forced evictions to clear areas of their residents, in operations characterised by a lack of transparency and abuses such as failure to pay adequate compensation, as we saw from an ALQST survey earlier this year of those affected by the demolition of neighbourhoods in Jeddah. The authorities even employed armed force in the case of the Huwaitat in Tabuk in 2020, and in the bulldozing of the historic Al-Musawwara district of Awamiya in the eastern part of the country in 2017.

What these examples all demonstrate are the arbitrary and despotic methods by which the Saudi authorities pursue their plans, with no respect for people’s rights to decent housing, and without those who wish to raise complaints having any recourse to justice. Not only are the authorities persisting in this course, but they are now going even further by sentencing to death those who object to their unjust decisions or complain about the consequences.

The Saudi authorities have carried out 122 executions so far in 2022. In March alone they executed 104 prisoners including 81 on a single day, roughly half of whom were from al-Qatif and al-Ahsa in eastern Saudi Arabia, areas that had seen widespread demonstrations calling for reform during the previous decade.

ALQST categorically rejects the death sentences passed on Shadli, Ataullah and Ibrahim al-Huwaiti – and use of the death penalty in principle – as well as the lengthy prison sentences handed down earlier on Abdullah and Abdulilah, and it calls for pressure on the Saudi authorities to quash these unjust sentences. It also has grave fears concerning the increasingly harsh approach the Saudi authorities are taking toward members of the Huwaitat tribe detained for resisting eviction from their homes.