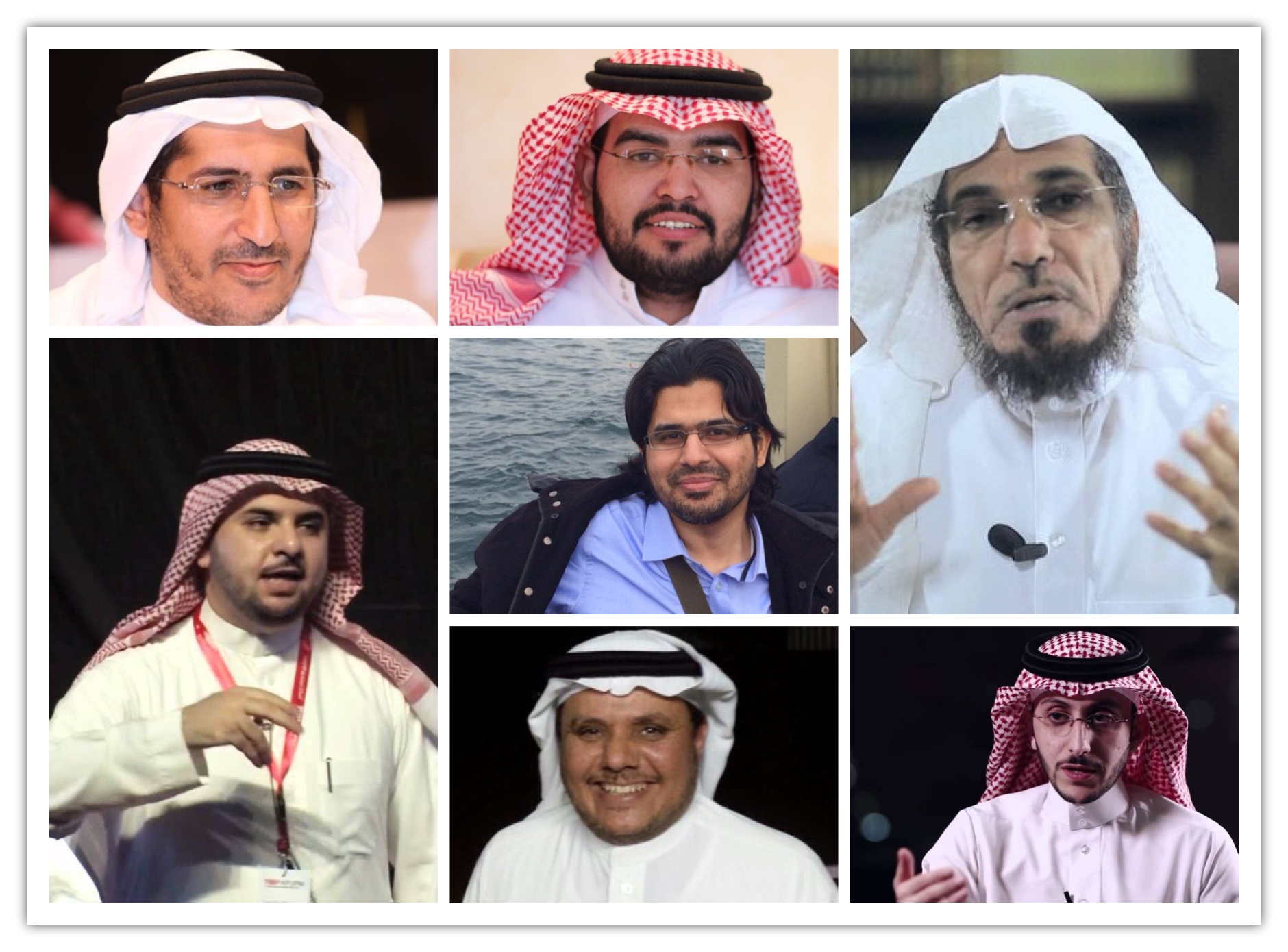 Over the past week the Saudi authorities have detained a number of preachers, writers and activists in an as yet unexplained wave of arrests. They began on the evening of Saturday, September 9 by arresting Dr Salman al-Odah, an iconic religious reformer and one of Saudi Arabia’s leading proponents of political reform and human rights.  His detention followed a sharp exchange of words in which Dr al-Odah argued that he was being arrested illegally, and security officers made clear that the reason for his arrest was a Twitter post in which he had welcomed a phone conversation between the Emir of Qatar and the Crown Prince of Saudi Arabia as a step towards resolving the current Gulf crisis.  In it he said:  “Praise the Lord… O God, soften their hearts toward each other for the good of their peoples.”

Following news of Dr al-Odah’s detention came reports of other arrests, including those of Dr Awadh al-Qarni, who was taken to Abha political prison after a raid on his home in the city of Abha; the reformist writer and scholar Abdullah al-Malki, who was also arrested after a raid on his home; likewise Dr Mustapha al-Hassan, who was taken to Dammam political prison; also the writer and economist Issam al-Zamil; and dozens of others.  The exact number is not yet known, and the Saudi authorities have issued no official statement giving the scale of or reasons for the crackdown.

A statement issued by the Presidency of State Security on Monday, September 11, at the time of the arrests, said that “the Presidency of State Security has lately been able to monitor the espionage activities of a group of persons working for foreign agencies against the security, interests, way of life, resources and communal peace of the kingdom with the aim of stirring up dissent and damaging the fabric of society.  By the grace of God the danger they posed has been neutralised and they have been arrested in a synchronised manner.  They are Saudi nationals and foreigners, and they are being interrogated to establish the full facts concerning their activities and associates.  Further news about this matter will be released in due course.”

Although dozens of names have emerged of people said to have been arrested, including some women, information about the numbers, circumstances and whereabouts of the detainees remains sketchy and unconfirmed.  The authorities are maintaining a complete lack of transparency, intimidating people and making them fearful to give any information, threatening them and punishing them simply for conveying the facts.  This was the case with Dr Khaled al-Odeh, who was arrested for posting news of his brother Dr Salman al-Odeh’s arrest.  There has been no word from Dr Salman al-Odeh from inside prison, which suggests that he may be making a point of not communicating and has perhaps also gone on hunger strike.

This harsh crackdown comes amid tensions in Saudi relations with Qatar, which makes it likely that the reason for the arrests is that these prominent individuals remained silent about current events and failed to speak up in support of the official Saudi position on the crisis.  It also comes against a background of continued and indeed markedly intensified oppression in Saudi Arabia, despite numerous calls for reform.  There had been expectations at home and abroad that the Saudi authorities would be introducing reform measures once the former Crown Prince and Interior Minister, Mohammed bin Nayef, stepped down.  The young Prince Mohammed bin Salman, who succeeded him as Crown Prince on June 21, was thought to be eager to burnish his reputation by introducing reforms and starting to release all the prisoners of conscience in Saudi jails.  However, the number of arrests of individuals for their peaceful beliefs, or perhaps their silence, has shot up since he came to power and created the new Presidency of State Security.

During his time as Crown Prince, activists have continued to be put on trial in the Specialised Criminal Court (SCC), which is meant to deal with terrorist cases.

On August 21 the SCC held its first hearing in the trials of activists Essam Koshak and Issa al-Nukheifi, who were detained in the context of Twitter posts calling for human rights to be respected.  October 4 has been set as the date for their next hearing.  Meanwhile December 20 has been set for a new hearing in the trial of activists Mohammed al-Otaibi (who is in detention) and Abdullah al-Atawi for setting up an association called the “Union for Human Rights”. On January 18 the SCC in Riyadh sentenced the writer Nadhir al-Majed to seven years in prison and a further seven-year travel ban, and he was taken into detention.

On August 8 the SCC passed a three-year sentence on a young man called Omar al-Hamid because of a video he posted calling for the release of prisoners of conscience.  Omar is the nephew of three such detainees:  Dr Abdullah al-Hamid,  Dr Abdulrahman al-Hamid and Issa al-Hamid.  And on August 10 the SCC upheld an earlier verdict passed on activist Abdulaziz al-Shubaili, thus bringing to a close the so-called “ACPRA trials” of human rights defenders, with sentences for the group totalling 199 years in prison and 105 years in travel bans.

The Saudi authorities have continued to step up their actions against activists. Yesterday, September 16, they arrested activist and ACPRA member Issa al-Hamid, then today, September 17, his fellow human rights defender and ACPRA member Abdulaziz al-Shubaili. The Saudi authorities are in the mean time making concerted efforts to blacken the reputations of the detainees, ordering writers, journalists and preachers to make accusations against them and call them traitors, and urging Saudi citizens to inform on anyone who criticises the authorities or calls for reform or human rights.  It is this behaviour that damages the fabric of society, poses a threat to the community and creates further divisions by sowing hatred, alienation and unwillingness to accept different opinions.  And it is this that ALQST believes present a profound risk that may be difficult to deal with.

ALQST calls on Saudi society to resist calls to become fragmented, and not to be seduced by the authorities’ incitement to hatred.  It calls on the international community to pressure the Saudi authorities to release immediately and unconditionally all prisoners of conscience; to halt its campaigns targeting Saudi society; to cease altogether sowing hatred among individuals and driving them toward incitement and violence; and to stop exposing the future of the country and region to even greater dangers.