The Saudi authorities have opened a new line of attack with the arrest of human rights activist Yasser bin Abdullah al-Ayyaf. Al-Ayyaf has in the past suffered dreadful abuse and violations of his rights and witnessed appalling things that he has not talked about because of pledges to remain silent and stop his human rights work.

On Tuesday, July 31, 2018, State Security forces raided al-Ayyaf’s home and took him away to an unknown location, without producing a warrant or charging him with an offence. 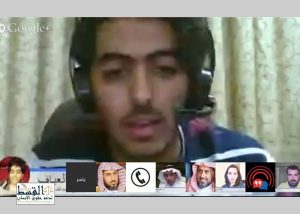 Al-Ayyaf was an active human rights defender, especially defending prisoners of conscience and detainees who were not brought to trial or who remained in prison after having served their sentences. Al-Ayyaf made a showcase of his father, Abdullah al-Ayyaf, who spent more than ten years in Saudi jails and was held beyond the expiry of his term before eventually being released.

He also took part in several of the peaceful sit-ins, marches and protests that took place between 2011 and 2013, mainly in Qassim, the Eastern Province, Abha, Jeddah, Riyadh and other cities. 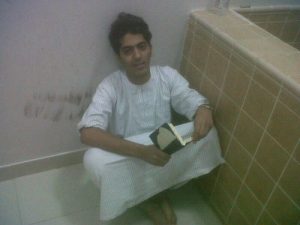 On February 26, 2013, the authorities arrested al-Ayyaf and a number of other activists who had taken part in these peaceful protests. He was then subjected to all sorts of abuse, beatings and torture. The security forces were determined to make a point rather than merely detain him; they beat him with batons until they broke his arm. In prison, he was dragged on the floor around the corridors pulled by a cart. Because his arm was broken and in plaster, he was dragged around in shackles by his feet, and when the cart went round one corner too fast so did al-Ayyaf’s body, breaking his leg as well. He was also subjected to vicious collective floggings together with dozens of other young men rounded up after the protests. 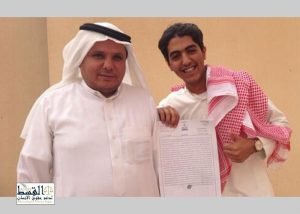 When Al-Ayyaf was later brought to court along with 18 others, the judge asked them why they had gone out on the streets. One of them said it out of zeal to support the women who had been attacked and beaten up by security forces while demonstrating for the release of detained relatives. The judge replied that they should “head off to Syria to defend the women there”, if zeal was their motive. Al-Ayyaf immediately took issue with the judge’s reasoning, and said he could not accept this suggestion that they head to conflict zones to fight. He insisted that he would not abandon his peaceful principle of making demands by lawful, civil means. It is worth noting that a number of the detainees did, in fact, at that time travel to fight in various war zones or turn to violence as advised by the Saudi judiciary and encouraged by the authorities.

Al-Ayyaf later went to see the then Minister of Interior Muhammad bin Nayef to make a formal complaint. He detailed to the minister the kind of torture he had been through, and the explicit incitement by the Saudi judicary to commit acts of violence. To al-Ayyaf’s horror, the minister threatened him that there would be consequences should he go public with any of what had happened; and the Minister of Interior only promised to consider – but didn’t actually order – the release of Yasser’s father, Abdullah al-Ayyaf, whose prison term had already expired. Furthermore, the judge in question was later be promoted, and so were those who carried out the torture.

Yasser al-Ayyaf’s case has been closed for years, and he has kept his silence, while seeing those who took part with him in peaceful civil action turning instead to violence. He has honoured the pledges he signed not to talk about his detention and torture. Indeed, even those who were in prison with him and witnessed the torture he suffered, and those who joined him on his visit to the former Minister of Interior, have all been careful not to talk about what happened either, at al-Ayyaf’s request, out of fear of the wrath of the authorities if the story came to light. 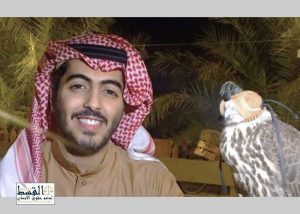 The Saudi authorities’ arrest of al-Ayyaf, following the arrests of activists Samar Badawi, Nassima al-Sadah and Amal al-Harbi, and of dozens of activists and reformists before that, shows clearly and categorically that the State Security apparatus is now arresting anyone on whom they have a file or who has previously fallen foul of the Mabaheth (secret police). They are targeting anyone they have had under surveillance, including those who have already served their prison sentences, such as prominent activist Mohamed al-Bejadi, and those who have signed pledges to desist from their previous activities, like Dr Aziza al-Yousef and Dr Ibrahim al-Mudaimeegh.

The authorities have also demonstrated that remaining silent about their violations will only embolden them to commit further transgressions against civil society. The Saudi authorities’ violations must be exposed, and they must be pressured to put an end to this abuse.

ALQST therefore calls for putting pressure on the Saudi authorities to halt their campaign of repression, and to immediately and unconditionally release the prisoners of conscience arrested by the authorities for expressing their opinions or for peaceful and legitimate activism. Furthermore, ALQST calls for urgent action to protect Yasser al-Ayyaf, and for him to receive compensation for the harm done to him and all the other victims of torture and arbitrary arrest.

Torture continues in Saudi Arabia, despite official promises
Despite publicly undertaking to end torture in Saudi Arabia, the authorities continue to practise torture systematically in prisons and interrogation rooms.

In lead-up to G20 summit in Riyadh, ALQST campaigns for human rights to take centre stage
ALQST is launching a campaign to mobilise people around the world to urge G20 participants and governments to place human rights at the centre of all G20 discussions.