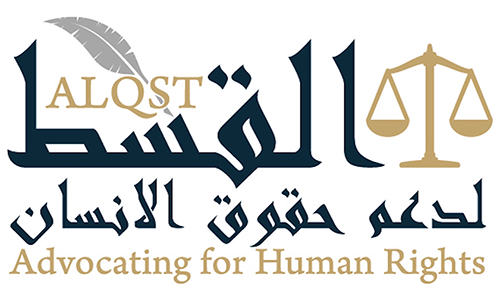 On Saturday, April 23, 2017, in the General Court in Hafr al-Batin, Saudi Judge Abdulaziz al-Lahem sentenced Ahmad bin Freih al-Shammari to death. Al-Shammari had been arrested three years previously and found to have in his possession pictures of armed fighters with the caption “Arabian Peninsula Organisation”, as well as pictures of leading Al-Qa’ida figures Abu Musab al-Zarqawi, Turki al-Dandani and Issa al-Awshan, and video recordings containing images and text insulting God and the Prophet, the Prophet’s daughter Fatima, his cousin and son-in-law Ali ibn Abu Talib, and the Holy Quran.

The court confirmed that it had obtained, at its request, three reports and letters from the Al-Amal Mental Health Complex in Dammam.  The first of these, dated June 23, 2016, stated that Ahmad bin Freih al-Shammari suffered from a personality disorder and drug dependency, and that he had a history of mental illness.  In its second letter to the court the medical panel stated that because of his condition al-Shammari did not comprehend the consequences of his actions.  In its third letter the panel said al-Shammari’s disorder made him impulsive and weak-willed, and his drug use made things even worse.

During the trial, al-Shammari said he could not remember what he had done, and neither admitted nor denied it.  He told the judge he was mentally ill, that he drank alcohol, took pills and smoked hashish, and that didn’t know what he had done.  The judge, however, insisted on sentencing him on the basis of confessions he had made to the investigating commission, and called three investigators to testify that al-Shammari had confessed to takfir and other acts of blasphemy.  Al-Shammari responded by saying he had confessed because they talked him into it and promised that if he testified against himself they would let him go.  He had therefore confessed to get away from them, trusting in their promises, which they then broke.

ALQST considers that the crimes Ahmad bin Freih al-Shammari committed occurred while he was in a mental state that means he cannot be punished, as was established for the court by the reports from Al-Amal Complex in Dammam.  The court’s slow response, and its attempts to sidestep the reports and keep referring back to Al-Amal, shows that it was determined to punish the defendant.

ALQST notes that sentencing apostates to death is highly controversial among religious scholars, yet the Saudi government not only supports it but refuses to hear anything against it.  It is unacceptable for the Saudi authorities to use religion as an excuse to implement their own choices in sentencing.

ALQST also considers that the contradictions in al-Shammari’s behaviour – his possession of pictures of extremists, his insulting Islam and its sacred symbols, the charge of takfir mentioned by the three witnesses, and his telling the judge, when asked about his occupation, that he has no job and spends his time at home arguing with people he called Rafidites (a pejorative term for Shiites), thereby insulting the family of the Prophet – together confirm what the medical reports said about his psychological and mental state, making it imperative to quash the sentence passed on him.

The fact that the judge rejected al-Shammari’s statements made in court while accepting statements extracted from him by means of threats and empty promises, and ignored the medical reports provided, confirms that the court was determined to kill him, and provides further clear and significant evidence of the abuses and legal shortcomings in the courts of the Saudi justice system.

ALQST calls for a complete cessation of the practice of extracting forced confessions, and for courts not to accept any forced confessions whatsoever, whether extracted under torture and threats or by means of deception and inducement.  It calls for judges to accept only statements verified in their presence, and to act with independence, objectivity and integrity; and it calls for reform and independence of the Saudi judiciary.

ALQST also calls for urgent action to press the Saudi authorities to quash this sentence on Ahmad bin Freih al-Shammari immediately and refer him for the care and treatment necessary and appropriate to his condition, which has deteriorated as a result of his incarceration for three years and repeated threats of execution.

ALQST calls for justice as Jamal Khashoggi trial in Istanbul resumes
On 24 November 2020, a Turkish court resumed the trial in absentia of 26 Saudi officials for the murder of journalist Jamal Khashoggi. ALQST was in court to monitor the trial proceedings.

Human rights concerns to dominate this weekend’s G20 summit
Over the past six months, in the run-up to the G20 summit on 21 and 22 November, international pressure has been building on virtual host Saudi Arabia to bring in genuine social and human rights reforms.