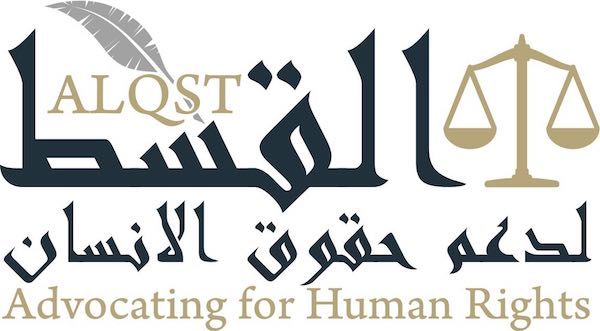 Failure by Saudi Arabian officials to give any response to recommendations made by other UN member states on 5 November shows that it is business as usual.

ALQST condemns the decision by the government of Saudi Arabia to delay making any commitment to recommendations made by other United Nations (UN) Human Rights Council member states following a review of its human rights record over the last four years.

Yahya Assiri, Director of ALQST stated that “Saudi Arabia’s government has once again betrayed the expectations of its own people in a spectacular failure of leadership. The murder of journalist Jamal Khashoggi and renewed attention on the cost to human life arising from Saudi Arabia’s involvement in the conflict in Yemen are just two reasons why the government should have used the opportunity of the United Nations’ review to make an immediate, strong, clear and decisive decision to commit itself to upholding international human rights standards. Instead, the government is plays for time in the hope that people forget about prisoners of conscience,  Jamal and Yemen.”

On 5 November 2018, the United Nations’ Human Rights Council in Geneva conducted its third, cyclical review of the human rights record of Saudi Arabia. The Universal Periodic Review (UPR) is a state-lead process that assesses every UN member’s human rights record every four years.

The government of Saudi Arabia stated that it would provide its response to the review at the 40th session of the Human Rights Council, expected in the first quarter of 2019.

Assiri added that “The government has carried out scores of arbitrary arrests, often in waves, including of women like Samar Badawi and Nasima al-Sada; Nouf al-Dawsari, Eman al-Nafjan, Aziza al-Yousef and Mayya al-Zahrani, Aziza al-Youssef, Nouf al-Dawsari, Mayya al-Zahrani, Nassimah al Saddah, Sammar Badawi, Eman al Nafjan and Loujain al-Hathloul, who campaigned for the right to drive and other self-declared aspirations of the Crown Prince, Mohammed bin Salman; they have unfairly imprisoned human rights defenders such as members of the Saudi Civil and Political Rights Association (ACPRA) and Waleed Abu al-Khair; it silences dissent or mere discussion, by way of harassment, the use of digital espionage and through the extensive use of vaguely worded provisions that criminalises conduct that is not recognizably criminal. Trials in Saudi Arabia are routinely unfair: defendants are denied access to legal representation, are unable to challenge evidence or the opaque charges. And now it murders journalists. This cannot go on.”

At the 5 November 2018 review, delegations of the UN’s Human Rights Council made 96 statements and 258 recommendations.[1] These included at least 50 recommendations relating to freedom of expression and association and the release of human rights defenders, including specific calls made by Brazil (6.138), Estonia (6.140), Comoros and Costa Rica (6.146 and 7).

States made 31 recommendations for Saudi Arabia to accede to international human rights treaties; at least 25 on gender equality and women’s rights; 23 on improving domestic measures for increasing human rights awareness and protection; 21 on the use of the death penalty; 14 relating to the conflict in Yemen; over 10 on the rights of migrant workers; seven on “counter-terrorism” provisions and five to withdraw reservations made in respect to treaties to which Saudi Arabia is a state party. Other recommendations addressed children’s rights, corporal punishment, conditions of detention, human trafficking,

Over 10 countries, including Peru and Poland, called for justice to be ensured in the case of murdered journalist Jamal Khashoggi. Iceland called on Saudi Arabia to “Invite a team of international experts to participate in the investigation of the murder of journalist Jamal Khashoggi, as requested by the High Commissioner; and provide full support to this team, including full access to evidence and witnesses (6.173)”

The Saudi Arabian government has stated that officials murdered Jamal Khashoggi at the country’s consulate in Istanbul, Turkey, in October 2018, but it has shown no transparency regarding any investigation and it is unclear whether there will be any justice or closure for members of the Khashoggi family.

ALQST, is an independent non-governmental organisation that advocates for human rights. We monitor and document human rights violations that occur in Kingdom of Saudi Arabia at the hands of authority figures