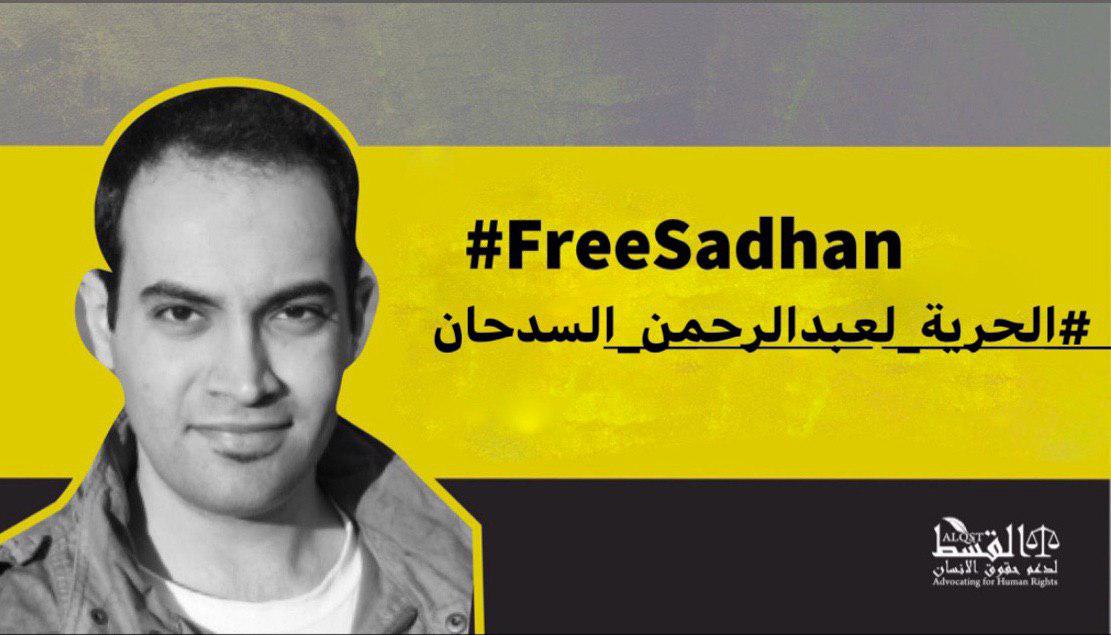 12 March 2020 marks the two-year anniversary of the disappearance of Abdulrahman AlSadhan at the hands of Saudi Arabia’s Mabahith secret police. Following 23 months of enforced disappearance and no news about his fate, on 12 February 2020 he was for the first time allowed to make a phone-call to his family. During the call, AlSadhan mentioned being held at al-Ha’ir Prison, information the Saudi authorities have failed to confirm to this date. Two years after his initial arrest, no official charges have been pressed against AlSadhan and he has been denied all visits from his family or lawyer.

On 12 March AlSadhan was arrested by the Mabahith security forces from his workplace, the headquarters of the Saudi Red Crescent in Riyadh without being informed of the reasons for his arrest or shown an arrest warrant. He was subsequently taken to an unknown location.

AlSadhan’s detention had not been registered on the Ministry of Interior’s online prison database and the Ministry of Interior’s Department of Security’s complaints centre said they did not have any information on AlSadhan’s fate or whereabouts. Following multiple enquiries by his family, a clerk finally confirmed that AlSadhan’s name was listed in their records and that he had been arrested, yet the clerk gave no information as to the location at which he was detained.

Over the last two years, AlSadhan’s family made several request to visit him, speak to him or at least be informed about the whereabouts of Abdulrahman, but each time they were told by Saudi State Security officials that he is still under investigation and is not allowed any calls or visits, and that the family must wait until the investigation is completed. Complaints were also filled about his case in 2018 with both the Human Rights Commission and the National Society for Human Rights.

While the Human Rights Commission merely acknowledged receipt of the complaint, but offered no assistance in the matter, on 25 November 2018, the National Society for Human Rights stated that the authorities had transferred AlSadhan to al-Ha’ir Prison. ALQST also received information that during his detention AlSadhan has been subjected to severe torture and sexual harrassment.

On 12 February 12, 2020, and for the very first time, AlSadhan was allowed to make a one-minute phone call to his family.

While his relatives are relieved to know that he is still alive, they continue to be denied family visits and have not yet been officially informed of his whereabouts. In view of the above, ALQST renews its call to the Saudi authorities to immediately release AlSadhan or at the very least disclose the location of his detention and allow him regular access to a lawyer and family visitations.