#FreeWaleed: 5 years on from his sentencing, join us calling for the release of Saudi prisoner of conscience Waleed Abu al-Khair 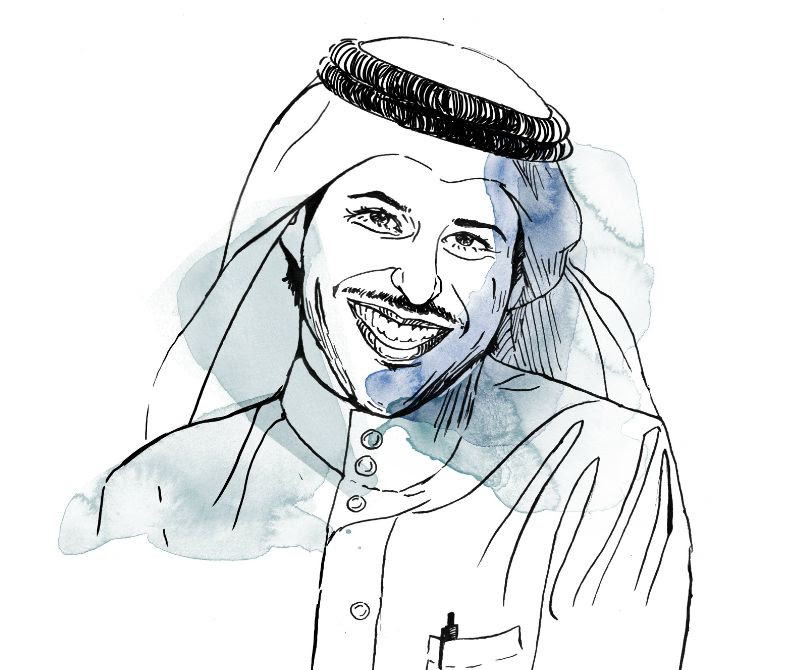 Known for representing activist Raif Badawi and members of the now banned Saudi Association for Civil and Political Rights (ACPRA) in court, and as the founder of the Monitor of Human Rights in Saudi Arabia, Waleed was arrested on15 April 2014, and tried before the Specialised Criminal Court (SCC) in Riyadh. The SCC, established to try crimes of terrorism, is regularly used to try peaceful political and human rights activists, and is notorious for fair trial and due process violations.

At the time of his arrest, Waleed was one of only a few human rights lawyers practising in Saudi Arabia. Having faced judicial harassment by the Saudi authorities for years, he was previously sentenced to three months in prison on 29 October 2013 on charges of “contempt of the judiciary and inciting public opinion against Saudi Arabia," but the sentence was not implemented.

On 4 November 2013, his trial on a second set of charges commenced. The new set of charges included “inciting public opinion against the State and its people"; "inciting international organisations against Saudi Arabia with the intent of ruining its reputation"; and “setting up and supervising an unlicensed association," all of which are related to his human rights work. The final charge referred to his founding of the Monitor of Human Rights in Saudi Arabia, a now bannedorganisation that documented human rights violations in the country.

Waleed was arrested during his fifth trial hearing on 15 April 2014 after refusing to sign a pledge stating that he would put an end to his human rights advocacy. After five more hearings, on 6 July 2014, Waleed was sentenced to a 15-year prison term, followed by a 15-year travel ban and a fine of 200,000 Saudi Riyals (53,333 USD). The court also ordered all websites linked to him to be shut down.

The charges against Abu al-Khair were based on Saudi Arabia’s 2014 Counter-Terrorism Law, a law which was not adopted until several months after his trial commenced – which constitutes a grave breach of international law. At the time of the law’s adoption, rights groups expressed serious concerns over the effect it would have on the right to freedom of expression in the country. The latest version of the law, which came into effect in 2017, is even more repressive, and continues to be used to punish human rights defenders and peaceful critics today.

Waleed’s detention has been widely condemned by rights groups worldwide, and on 19 April 2018, the United Nations Working Group on Arbitrary Detention adopted an Opinion that found his detention to be arbitrary, and called for his immediate release. However, more than a year after the Opinion was adopted, Waleed remains in detention.

Both prior to and following his arrest, Waleed Abu al-Khair has been recognised internationally for his human rights work. The Law Society of Upper Canada awarded him its 2016 Human Rights Award, and he was previously awarded the Olof Palme Prize in 2012 “for his strong, self-sacrificing and sustained struggle to promote respect for human and civil rights for both men and women in Saudi Arabia," as well as the Ludovic Trarieux International Human Rights Prize in 2015.

Abu al-Khair received the 2018 Right Livelihood Award along with two other Saudi civil and human rights defenders, Abdullah al-Hamid and Mohammad Fahad al-Qahtani, “for their visionary and courageous efforts, guided by universal human rights principles, to reform the totalitarian political system in Saudi Arabia." Also in 2018, Waleed won the PEN Pinter Prize for an International Writer of Courage.

In addition, it was announced recently that Abu al-Khair will receive the American Bar Association’s 2019 International Human Rights Award “in recognition of his work to advance human rights and advocate for justice in the Kingdom of Saudi Arabia." While international attention has been focussed recently on Saudi Arabia’s intensified crackdown on dissent under the leadership of Crown Prince Mohammed bin Salman, Waleed Abu al-Khair’s case highlights that this crackdown is part of a systemic issue that has existed in the country for decades.

Waleed has now been detained for over five years for his legitimate work as a human rights lawyer. This demonstrates the need for increased international pressure on the Saudi authorities to release him, as well as the many others detained in Saudi Arabia solely for exercising their rights to freedom of expression, association, and peaceful assembly.