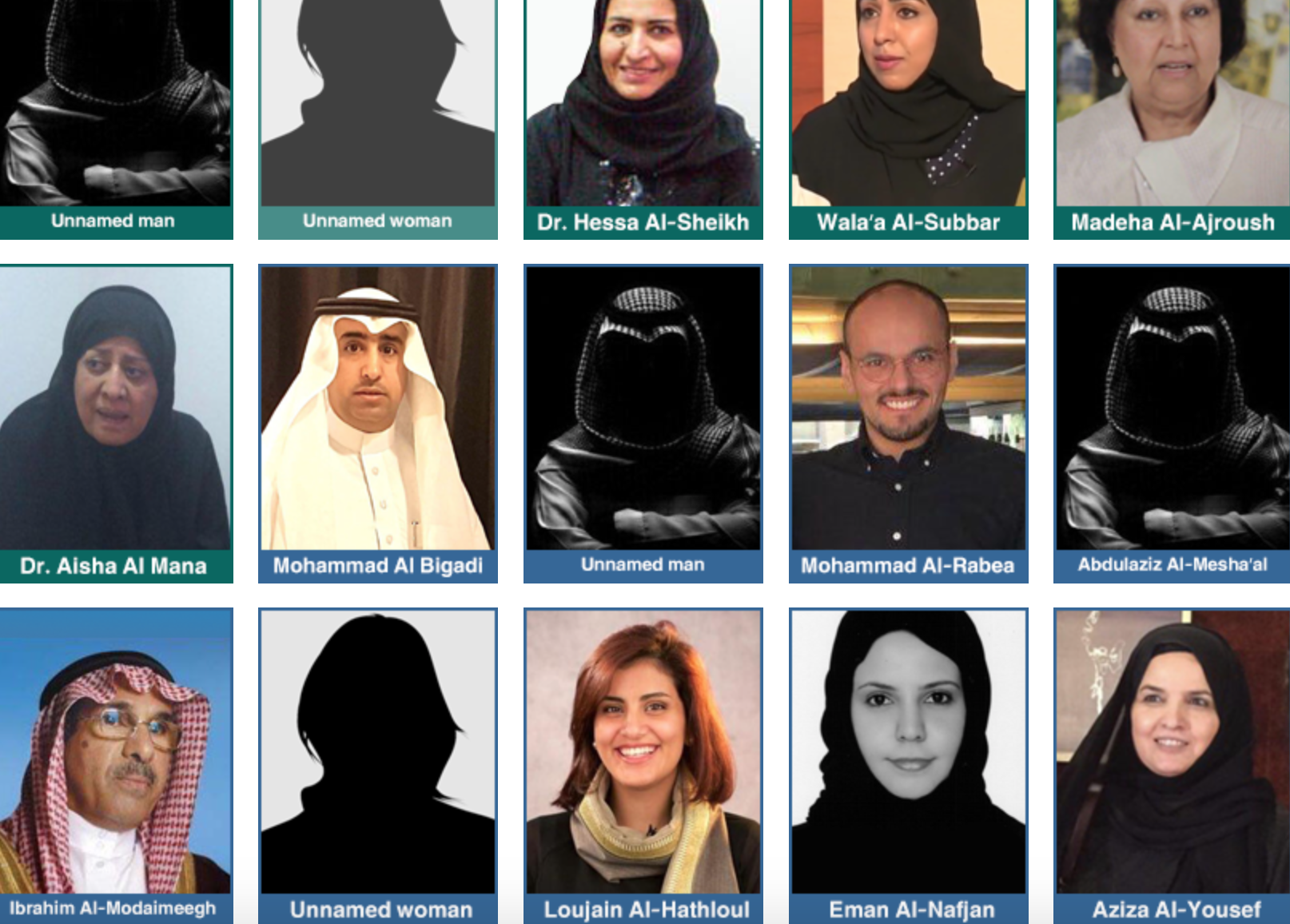 The undersigned human rights groups call on the Saudi authorities to immediately and unconditionally release all human rights defenders arrested in the past two weeks who were detained solely for their support of women’s rights or other peaceful human rights work in Saudi Arabia. We further call on the authorities to immediately reveal their whereabouts, allow them access to their families and lawyers of their choice, hold investigations in a transparent manner, and adhere to fair trial international legal standards; while we believe that all charges against them must be dropped and they should be immediately released. We are particularly alarmed that some of those arrested are facing up to 20 years of prison for their peaceful and legitimate human rights work, including their decades-long campaigning to lift the driving ban – ironically barely a month before the authorities are set to finally lift it and enable women in the country to drive legally.

The undersigned groups know of at least 13 women human rights defenders (WHRDs) whom Saudi authorities arrested in Saudi Arabia since 15 May 2018. They include advocates and supporters of the #Right2Drive and #IAmMyOwnGuardian campaigns who dared to speak openly about human rights violations in the country and are critical of state discrimination against women in Saudi Arabia. State media outlets have publicly declared seven women’s rights activists and supporters of the women’s rights movement as traitors, including Loujain Al-Hathloul, a well-known WHRD on social media who was arrested on 15 May; Dr. Eman Al-Nafjan, founder and author of the Saudiwoman’s Weblog, who had previously protested the driving ban; Aziza Al-Yousef, a prominent campaigner for women’s rights; Dr. Ibrahim Al-Modaimegh, a lawyer and human rights defender; writer Mohammad Al-Rabea; Abdulaziz Al-Mesha’al, businessman and board member of a women’s rights NGO; and an unnamed man. The state media also announced the arrest of Ibrahim Fahad Al-Nafjan.

Saudi human rights activists also confirmed the arrest of four other women’s rights activists who have since been released, including Dr. Aisha Al-Manae, Dr. Hessa Al-Sheikh and Dr. Madeha Al-Ajroush, who had taken part in the first women’s protest movement demanding the right to drive in 1990. At the time, 47 women had been arrested for driving and had lost their passports and their jobs. The arrests and subsequent release also included that of Walaa Al-Shubbar, a young activist well-known for her campaigning against the guardianship system. They are all academics and professionals who supported women’s rights and provided assistance to survivors of gender-based violence. On 23 May, Dr. Aisha Al-Manae was released from custody, possibly due to illness. Two days later, the Saudi authorities also released Dr. Hessa Al-Sheikh, Dr. Madeha Al-Ajroush, and Walaa Al-Shubbar. The conditions of their release remain unknown. Saudi authorities have since arrested Mohammad Al-Bajadi, a human rights defender and founding member of the Civil and Political Rights Association in Saudi Arabia (ACPRA).

On 19 May 2018, the official Saudi Press Agency (SPA) publicly acknowledged the arrest of seven of the activists and accused them of treason and conspiracy against the country, stating that they were being charged with “organized action that encroaches on religious and national principles”, “suspicious communication with foreign entities”, “recruiting people working in government positions”, “funding hostile groups abroad to undermine Saudi national security, stability, social peace and to destroy the social cohesion.” Shortly after, official and semi-official media outlets started naming and shaming detained human rights defenders on their front pages and social media accounts calling them “traitors” and “agents of embassies” ( عملاء_السفارات#). It is believed that the SPA statement refers directly to the activists named by Saudi media outlets.

The current crackdown on women human rights defenders, which started in January 2018 when Saudi authorities arrested at least two women activists, including Noha Al-Balawi and Maria Naji, is part of a larger crackdown on human rights defenders that has escalated over the past years. These latest arrests come following promises of reforms announced in 2017 and aimed at empowering Saudi women as part of Saudi Arabia’s Vision 2030 plan, which Crown Prince Mohamed Bin Salman has enthusiastically promoted.
We are extremely concerned about the conditions and fate of detained human rights defenders, especially as their whereabouts remain unknown, including Loujain Al-Hathloul, Eman Al-Nafjan and Aziza Al-Yousef, who continue to be detained incommunicado. Saudi activists close to Loujain Al-Hathloul say that her detention is an act of reprisal for her engagement with international human rights mechanisms, including UN human rights bodies. During the 69th session of the Committee on the Elimination of all Forms of Discrimination Against Women (CEDAW), three human rights NGOs presented a report that concluded that there had been insufficient progress on women’s rights in Saudi Arabia and that the Saudi authorities should address continuing violations of women’s rights more comprehensively.
Saudi Arabia issued a royal decree in September 2017 announcing that women would be allowed to drive as of 24 June 2018, offering the image promoted by Saudi-funded public relations firms that Saudi Crown Prince Mohammed bin Salman was a reformer. However, following the announcement, officials in the royal court specifically warned women human rights defenders to remain silent and told them not to give media interviews or post on social media. Saudi Arabia’s Okaz newspaper claimed that some of those arrested had ignored this advice, and as a consequence are now facing up to 20 years in prison.
We, the undersigned organizations, urge the Saudi authorities to:

Write a letter, send an email, call, fax or tweet:

Ladies European Tour community should #StandWithSaudiHeroes
The undersigned are writing to ask you to reconsider your participation in the Ladies European Tour golf week taking place in Saudi Arabia and denounce human rights violations against women in the Kingdom.

65 MEPs co-sign ALQST’s petition asking EU representatives to boycott the upcoming G20 summit
ALQST organised a petition that was co-signed by 65 Members of the European Parliament (MEPs) raising concerns of the egregious human rights violations committed by the Saudi authorities.