Essam Koshak received a summons from the Criminal Investigations Department at 5pm yesterday, Sunday, January 8, 2017.  He presented himself at the CID in Mecca without knowing why he had been summoned, and was arrested at the Mansour police centre, to appear before the Bureau of Investigation and Public Prosecution this morning, Monday, January 9.  However, he was not released on bail but held for a further period.  We very much fear that Essam has been detained for tweets he posted on his Twitter account, none of which exceeded the limits of legitimate free expression of opinion.

ALQST calls on the Saudi authorities to release Essam Koshak promptly.  Targeting someone for arrest because of their peaceful and legitimate activity is a breach of human rights, and violates their right to express their opinions freely. 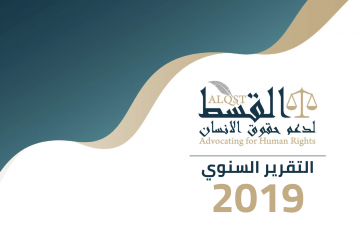